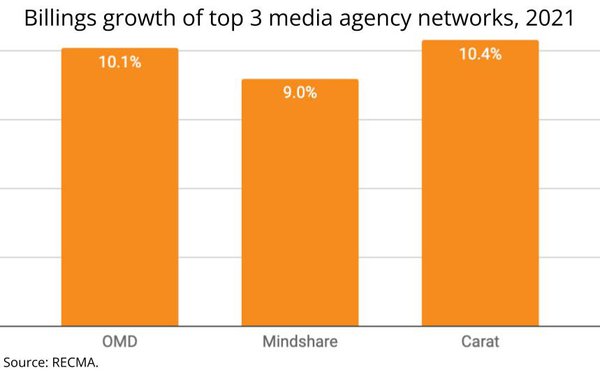 After declining in 2020, the media agency industry recovered in 2021, expanding aggregate media billings 15.2%, according to new data released by RECMA.

For the third year in a row, Dentsu X was the fastest-growing media agency network, expanding its billings more than 28% in 2021, and growing more than 65% over the past three years.

"At a group level, overall, Dentsu is ranked No. 4 below GroupM, Publicis Media Gr. and Omnicom Media Group," notes RECMA Managing Director and Head of Research Benjamin Lelong. "Dentsu International has the third-highest growth rate year-on-year (+15.8%)."
Lelong also noted that across the industry, traditional media billings grew at only half the rate (10%) vs. "non-traditional" media and servcies (including digital, data and analytics, content creation, etc.), which rose 20%. in 2021.
"As a result, the average share of non-traditional activity increased by 2 percentage points in 2021 vs. 2020, from 49% to 51%," he said. 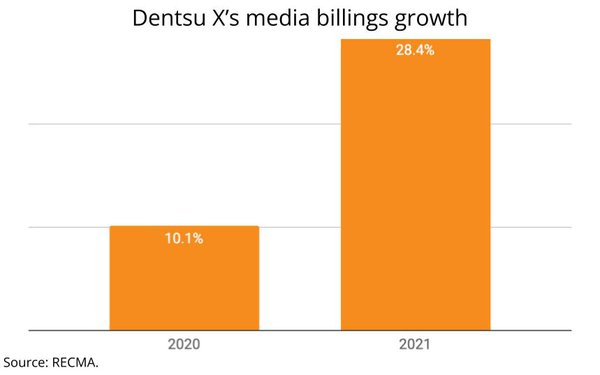