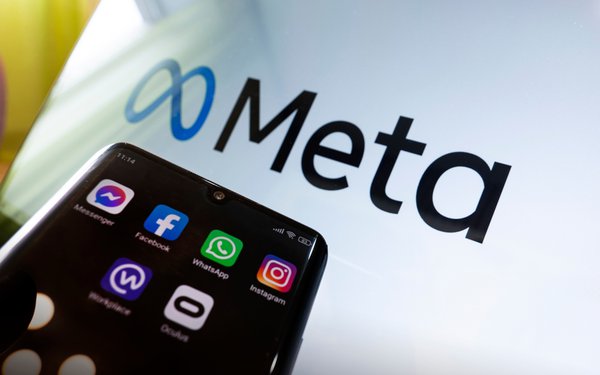 Facebook parent Meta suffered the first revenue decline in its  history as a public company during this year’s second quarter.

The company reported $28.8 billion in revenue for the quarter — down 1% versus Q2 2021, and slightly below the $28.9 billion expected by analysts surveyed by Thomson Reuters.

Meta’s stock price dipped by 4%, to $161.86 per share, in after-hours trading following the company’s earnings call on Wednesday.

"We seem to have entered an economic downturn that will have a broad impact on the digital advertising business," CEO Mark Zuckerberg said in the earnings call. "It's always hard to predict how deep or how long these cycles will be, but I'd say that the situation seems worse than it did a quarter ago."

While its total revenue rose 7% in Q1, to $27.9 billion, driven largely by greater ad volume that offset price declines, that was the slowest growth rate since the company went public a decade ago, and missed analysts’ expectations of $28.2 billion.

The slowdown reflects mounting competition from TikTok — a key driver of Facebook’s first decline in users, reported in Q4 2021 — as well as the impacts of Apple’s iOS privacy changes on Meta platforms’ ad targeting abilities.

The trends have forced the company to slow the pace of its investments in the metaverse, the foundation of its plan for the future. The metaverse business lost $2.8 billion in Q2 -- and yesterday took another blow as the Federal Trade Commission, citing metaverse antitrust concerns, sued to prevent Meta from acquiring Within Unlimited, developer of the virtual reality fitness app Supernatural.

To better compete with video social platform TikTok, Meta has also been making significant changes in Facebook and Instagram.

Last week, Meta announced a fundamental redesign that emphasizes third-party creator videos over friends and family posts in an effort to shift the platform’s primary function from social networking to entertainment and ecommerce.

Meanwhile, its tests of a full-screen feed that features videos have irritated many users, including some of its most-followed influencers. This week, Kim Kardashian and Kylie Jenner posted a message urging Instagram to return to its focus on photo sharing, and stop mimicking TikTok.

However, Meta has reported 30% growth in time spent on its short-form Reels format on Facebook and Instagram, and reported a 4% increase in users across all of its platforms, to 2.88 billion, in the second quarter.