'Would You Like Fries With That?' Asked The Robot 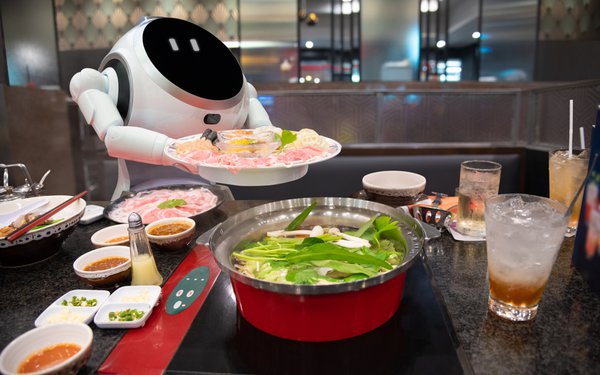 One technology that Chipotle has invested in is robotics company Nuro, a self-driving technology in Priuses and custom vehicles to deliver groceries and other goods. Chipotle also intends to launch Chippy, a robotic tortilla chip maker, later this year.

Wing Zone, a 61-unit chain, has been testing Flippy 2, a robotic French Fry flipper, in restaurants, and plans to develop fully automated restaurants in the near future.

Perhaps the biggest user of robotics in fast food right now is White Castle, which plans to bring Miso’s Flippy 2 to 100 of its locations, according to The Street.

For fast food customers, the benefit here is there’s less chance of getting germs in your food since robots are handling it -- and there’s no danger of an overworked employee getting your order wrong.

The restaurant industry is at a point in which it might consider robotics. The turnover rate in food service reached 130.7%  in 2020, according to QSR.

One fast feeder that’s not on the robotics bandwagon is McDonald’s. McDonald’s CEO, Chris Kempczinski, told analysts on a July 26 call that "The idea of robots and all those things…it's not practical in the vast majority of restaurants." He added, "You're not going to see that as a broad-based solution anytime soon."