Amazon Buys Roomba Parent For $1.7B 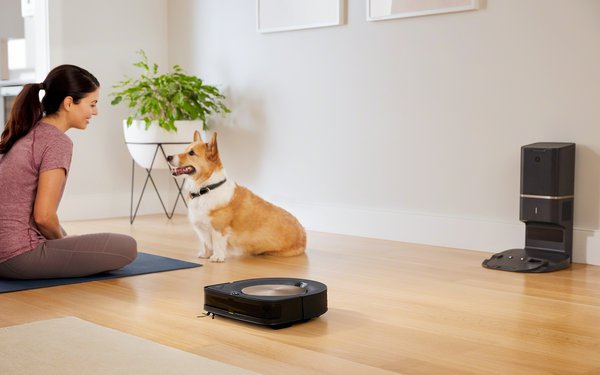 Amazon already knows which guests are ringing your doorbell and what Alexa is helping you cook. Why not help with clean-up, too?

The company is spending about $1.7 billion to acquire iRobot, maker of the popular Roomba vacuum cleaner.

“We know that saving time matters, and chores take precious time that can be better spent doing something that customers love,” said Dave Limp, senior vice president of Amazon Devices, in the announcement.

“Over many years, the iRobot team has proven its ability to reinvent how people clean with incredibly practical and inventive products—from cleaning when and where customers want while avoiding common obstacles in the home to automatically emptying the collection bin.”

This is reportedly Amazon’s fourth-largest acquisition. In 2017, it bought Whole Foods Market for $13.7 billion. And last month, it announced plans to buy One Medical, a primary care provider.

iRobot, based in Bedford, Massachusetts, has a head start on Amazon, which has been stepping up its robotics investments. Launched by roboticists from Massachusetts Institute of Technology back in 1990, it initially focused on space and defense machines.

Since it first introduced the Roomba in 2002, it’s continued to build on its cleaning, mapping and navigation skills. Other products include robot mops, air purifiers and handheld vacuums. It’s sold more than 40 million robots worldwide.

“Amazon’s acquisition of iRobot represents a further foray into the market of home automation,” wrote Neil Saunders, managing director of GlobalData, in a note on the announcement. “However, most of what Amazon does relates to static chores such as turning on lights, monitoring things, and playing music. It is less advanced in robotics and more complex automated tasks.”

With iRobot, Amazon gains in several ways, Saunders says. First, it’s another product for Amazon to sell. “Revenue will be small in the broad scheme of the business but, in the current constrained environment where Amazon is struggling to grow retail, every incremental gain helps,” he says. It also boosts Amazon’s efforts in the home services space, “potentially making Alexa and Prime more useful and attractive options.”

Finally, “it likely acts as a launchpad for a wider array of interactive home devices which will eventually lead to full home automation via more advanced versions of Amazon’s Astro robot.”

The $1.7 billion purchase price, which includes iRobot’s debt, is contingent on board approval. Colin Angle will remain as CEO of iRobot.