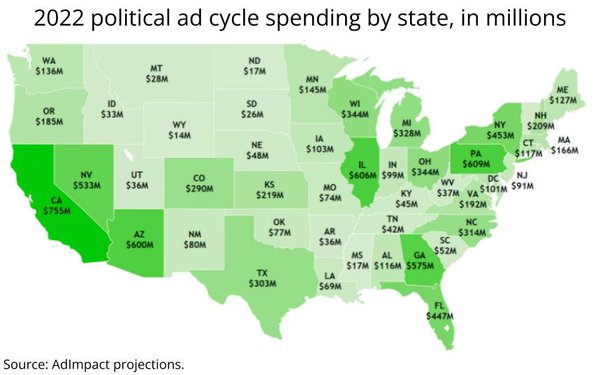 Record spending for offices in many politically-contested states, has pushed 2022 political ad cycle spending to a record $9.7 billion, according to ad tracking service AdImpact. That's an increase of 9% from the $8.9 billion AdImpact projected a year ago, and tops the 2020 -- the previous record cycle -- by $650 million.

"A new norm has been established in the world of political advertising," AdImpact says in a report released this week, noting, "It no longer takes a presidential ticket at the top of the ballot to push a cycle near the $10 billion threshold."

In terms of the political advertising media mix, TV continues to dominate, including the rapidly ascendant CTV (connected TV) segment, which is projected to account for nearly 15% of all political ad budgets, about the same as the entire digital media category.

"CTV is here to stay," the report asserts. 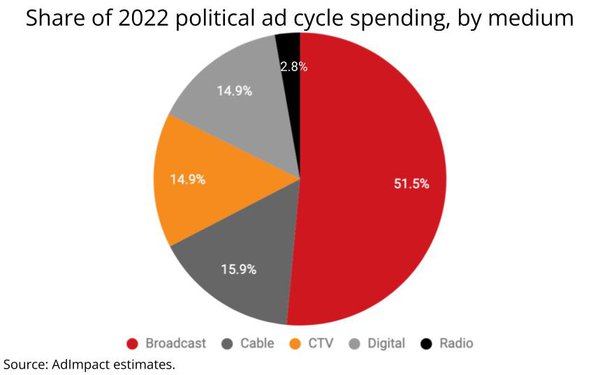