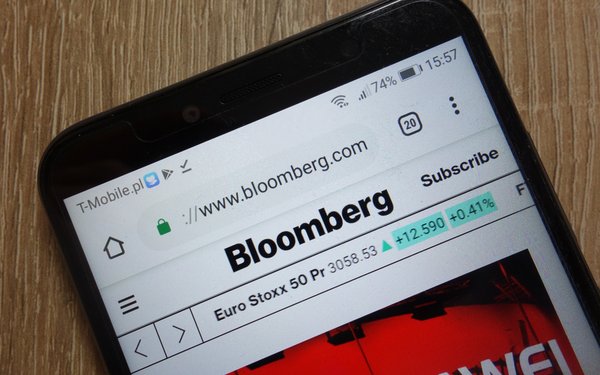 Bloomberg’s advertising business grew by 29% in the first half and by 27% in Q2 YoY, CEO M. Scott Havens wrote in a memo to the staff this week.

“This is our eighth consecutive quarter of ad growth and the fifth straight increase of more than 20%,” Havens said.

He added, “Our sales & marketing teams have transformed a business that lagged the industry three years ago into one that leads it. “

Bloomberg, a private company, does not release actual revenue figures. But Haven provided these details in his memo: Digital sales increased by 29%, and digital video—+51%

And there were these results:

“Our growth is well-diversified across regions, platforms, and lines of revenue,” Havens commented. “Bloomberg Media has never been in a more stable position to withstand any forthcoming industry headwinds.”

The company has added “more than a million newsletter subscriptions over the last year as a part of this effort,” he reported.

Moreover, “In a natural evolution of our consumer subscription business, we successfully launched enterprise sales three months ago, adding almost 40,000 seats at influential businesses and universities; and catapulting us past 400,000 subscribers,” Havens continued.

The company’s video offerings, Bloomberg TV and Bloomberg Quicktake, which appears on Bloomberg.com, streaming and social platforms,” also did well.

“Revenue grew substantially over 2021’s first half in video, where people are spending most of their time and marketers increasingly want to reach them,” Havens said. “A revamped team is bringing impressive new thinking to original programming on Quicktake, and Bloomberg TV is a breakout news hit on streaming services.”

Havens closed the note by exhorting the team to “Stay generous. Stay ambitious.”