Enter The 'Dragon': 'Game Of Thrones' Prequel Poised For Battle 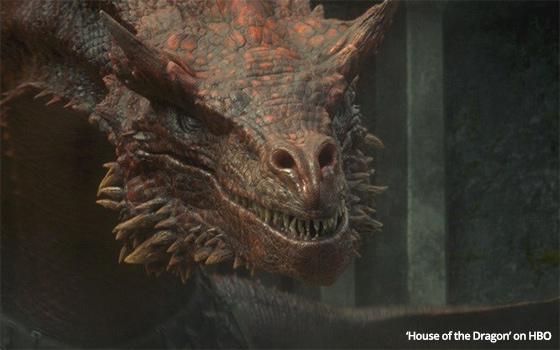 Three years ago, HBO’s epic “song of ice and fire” -- “Game of Thrones” -- ended its run with peace throughout the land, but only because a destructive war in the previous episode was so devastating that the only thing to do in the aftermath was to survey the wreckage and begin again.

The show’s millions of fans (19.3 million of whom watched the finale in May 2019) might have wanted the story to continue in order to find out what would happen next.

However, the powers-that-be have gone in the opposite direction. Instead of a sequel series, they have decreed a prequel set long before the action in “Game of Thrones.”

The long-awaited prequel is finally here. The show, “House of the Dragon,” starts on HBO and HBO Max this Sunday night.

Like “Game of Thrones,” the story in “House of the Dragon” comes from author George R.R. Martin, who is one of the executive producers of the new series.

Specifically, “House of the Dragon” is based on Martin’s 2018 novel Fire & Blood. The show and the book are set 200 years before the action seen in “Game of Thrones.”

Like the book, “House of the Dragon” centers on one of the sprawling dynasties of “Game of Thrones,” House Targaryen.

In "Game of Thrones," the House was represented most conspicuously by the fierce platinum blonde Daenerys Targaryen.

She was also known as Khaleesi, Mother of Dragons, because she controlled several of the fire-breathing creatures.

She used them effectively as a threat to others who would challenge her, and as weapons that gave her a unique advantage over her enemies. She was played by Emilia Clarke, a role that made her an international star.

Daenerys met her end in the finale of “Game of Thrones.” She was killed by Jon Snow, would-be king and her erstwhile lover who felt he could not stand by and watch her fulfill her tyrannical promise to bring war to the entire world.

“House of the Dragon” takes up the story of her family two centuries before Daenerys. HBO’s press material is pretty stingy when it comes to providing any more general details about the show and its story.

Wikipedia has a little bit more: “The series chronicles the beginning of the end of House Targaryen, the events leading up to and covering the Targaryen war of succession, known as the ‘Dance of the Dragons’.”

Fans of the Martin books and “Game of Thrones” will likely be able to extrapolate a lot more from that than I will.

I wrote quite a lot of stories and columns about “Game of Thrones” during its eight-season, eight-year run, and readily admitted more than once that I did not understand much of it.

However, this never served as an obstacle to enjoying the show, which was great to watch whether or not I completely comprehended its complicated, interlocking storylines about warfare between various kingdoms (I believe there were seven of them).

“Game of Thrones” is often described as HBO’s biggest hit. With that in mind, producing a companion show -- prequel or otherwise -- is a no-brainer.