Apple Shoots For A Hole In One 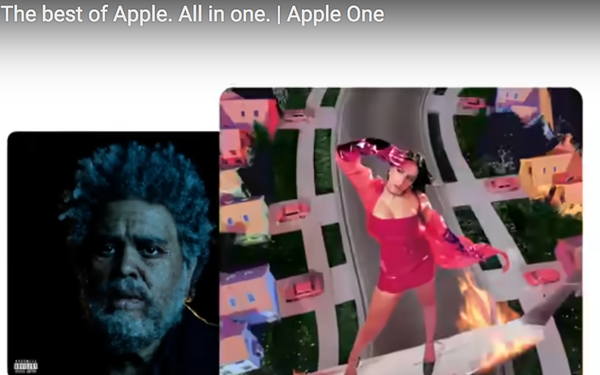 Apple has rolled out a new spot promoting Apple One, its subscription service that offers up to six Apple products for a monthly fee.

Apple announced the bundle last year. It starts at $14.95 a month for the individual plan. According to Statista, Apple TV+ will have nearly 39 million viewers by the end of 2022 and could reach an additional nine million viewers by 2026. Apple had originally announced Apple One in 2020.

Apple One includes access to Apple News and more than 200 ad-free games with Apple Arcade and 2 TB of cloud storage with Cloud+.