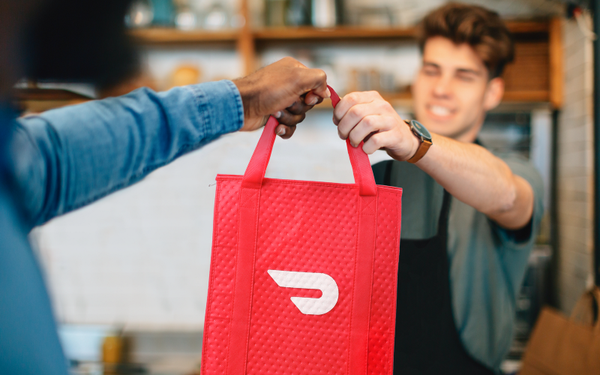 When I was a college freshman, with no car (and barely any money), I begged a guy who lived down the hall to drive me across town and help me pick up the television I’d seen on Facebook Marketplace. To my amazement, he agreed. That’s the day we met a man who both shared my name and looked like me, and his German Shepherd who responded to actual German commands (the dog was from Germany).

While I cherish this memory––a German German Shepherd?!––such an experience may not appeal to those uninterested (or far too busy) to live momentarily within a stranger’s abode.

Lucky for them, DoorDash has a new announcement.

On Monday, the popular food-ordering and delivery service confirmed its recent partnership with Facebook Marketplace. Its business-to-business service DoorDash Drive is testing a service that will allow its drivers to pick up and deliver Marketplace items to customers.

The test is currently being offered in several cities in the U.S., giving some drivers the opportunity to earn money by delivering Marketplace items that fit in a trunk, and are located up to 15 miles away. Drivers are expected to deliver items within 48 hours.

“DoorDash is always thinking about new ways to provide for the communities we serve. With access to unparalleled convenience and opportunity through a platform, we continually explore and test new innovations,” the company wrote in a statement.

DoorDash has already begun delivering products other than food, like toiletries, prescriptions, household essentials, clothing, cosmetics and more. It has also partnered with retailers including Rite Aid, Bed Bath & Beyond, JCPenney and Sephora.

Beyond greater ease of secondhand sales and purchases, another positive outcome of bringing DoorDash to Marketplace is Meta’s attractiveness to Gen Z. While young users flock to TikTok and YouTube, they still use Marketplace, a source told The Wall Street Journal.