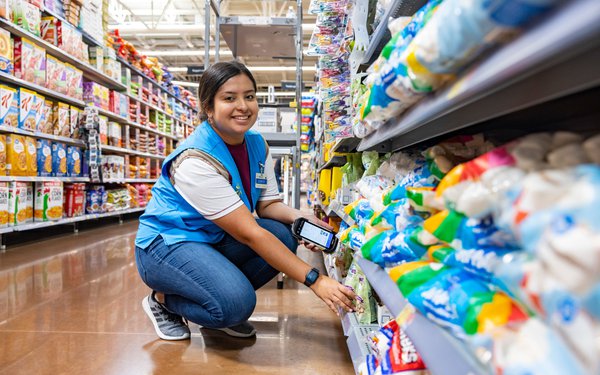 While observers have been bracing for bad news from retailers’ quarterly reports, results from Walmart and Home Depot have them heaving small sighs of relief.

Both retailers reported revenue and earnings that beat expectations. And while much of the sales gains are pumped up by inflated prices, they still indicate that consumers aren’t afraid to spend.

Both retailers also stood by their earlier forecasts for the remainder of the year. That’s signaling that despite all the concern about the economy and pressured household budgets, America’s shopping habits are going strong.

Walmart says its comparable sales in the U.S. rose by 6.5% and increased 11.7% from 2019 levels, as it continued to gain market share in grocery. Ecommerce gained 12%.

Its global advertising business also did well, with revenue rising nearly 30%, led by Walmart Connect in the U.S. and Flipkart advertising.

Separately, it announced a new streaming partnership, giving Walmart+ members access to a Paramount+ Essential Plan at no extra cost.

“Management suggests the worst of the closeouts are likely past,” writes Zain Akbari, who follows the company for Morningstar. “Sales trends improved in the last weeks of July, with a solid back-to-school season as fuel prices slid.”

He says Walmart's cleaned-up inventory position should serve it well heading into the holiday season.

And its “everyday low price” positioning is likely to keep resonating. “We are not surprised that Walmart is increasingly benefiting from trade-down, with increasingly well-to-do customers turning to the company for value,” Akbari says. “Given its robust private-label assortment and strengthening omnichannel capabilities, we believe Walmart will continue to broaden its appeal as shoppers look to control costs.”

Mickey Chadha, Moody’s retail analyst, also thinks Walmart’s low prices will continue to appeal to uncertain shoppers. “Walmart’s better-than-expected results for the second quarter demonstrate that consumers are continuing to trade down due to inflationary pressures and choosing their purchases carefully, with a focus on essentials,” he writes in his commentary.

“We continue to believe Walmart is one of the best-suited retailers to weather the challenging period for the sector with its scale, strong balance sheet, merchandise mix, lower price points and very good execution.”

Both sales and earnings reached record highs for the Atlanta-based company, reflecting continued strength in demand for home improvement projects.