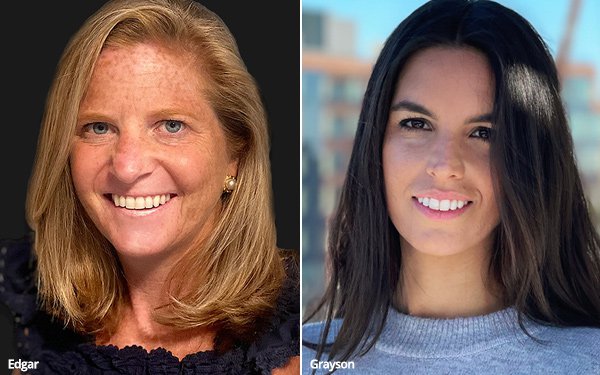 London-based agency network VCCP has hired its first CEO for the North America region. Brett Edgar joins the company, part of Chime Communication, from Stagwell’s 72andSunny, where she was president.

VCCP also just hired Caroline Grayson away from 72andSunny to serve as Managing Director/ New York. At the Stagwell shop she was group brand director.

At 72andSunny Edgar is credited with leading the New York office to record growth in 2021 when revenues were reportedly up 47%.

Earlier she served at BBH New York, Droga5 and Omnicom’s TBWA\Chiat\Day. She has worked with brands such as Mars’ Skittles and Starburst, Samsung, Cover Girl, Pizza Hut and Honey Maid.

Grayson led the Comcast, Etsy and Spotify businesses at 72andSunny. Previously at Adam&Eve she led the John Lewis account. She’s a boomerang employee for VCCP having served there earlier in her career on the brand team on the O2 account in London.