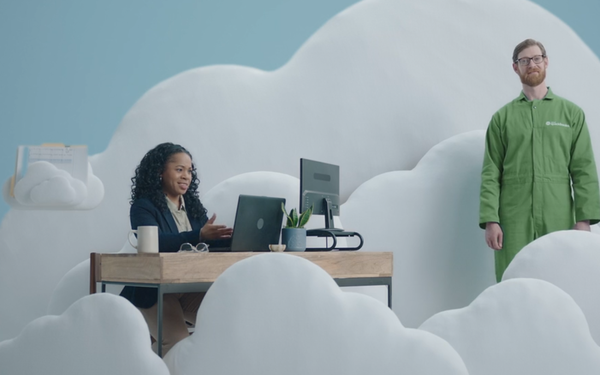 Users of products like Intuit’s Quickbooks accounting product were already transitioning to online versions when the pandemic’s work-at-home ethos speeded up the process.

Now Intuit is out to convince the rest of its 8 million small-business users to also make the move from Quickbooks Desktop to Quickbooks Online, a cloud-based service that actually launched in 2001 (18 years after the desktop version.

The ease of migrating from desktop to online is the theme of a broad B2B campaign targeted to accounting departments that launched on several media in March and just recently added TV to the mix.

The “Desktop Migration” creative, from Minneapolis-based Periscope, acknowledges that changing platforms isn't easy, but then again neither is changing your place of living. So the TV spots use the metaphor of a moving service to show that the transition could not only be seamless, but that the new residence would be worth it. The spot features two actors with a humorous rapport: a mover representing Quickbooks and an accountant representing the accounting industry.

This approach came about after a January Intuit survey which found that hesitations about moving from desktop to online weren’t caused by the product, but by the move itself. However, Intuit found, 99% of those who had successfully transitioned would recommend Quickbooks Online over Quickbooks Desktop.