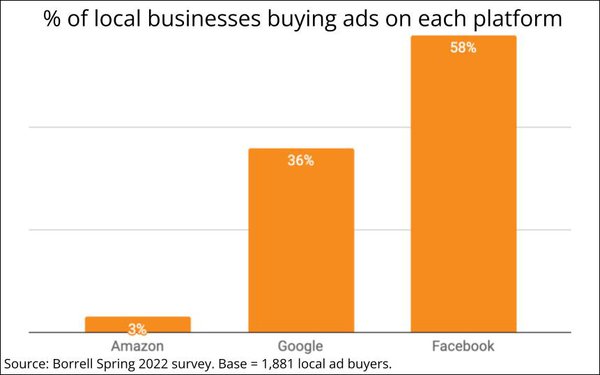 Amazon may be aggressively pushing into the local advertising marketplace, but to date, it's an also-ran, according to data released by local media and advertising research firm Borrell.

The data, derived from Borrell's survey of 1,881 local ad buyers conducted earlier this year, found only 3% currently buy local advertising on Amazon, a fraction of the local ad buyers who say they currently place ads on Google (36%) and Facebook (58%).

The study also shows that Amazon has a tremendous opportunity to expand its local advertising share. According to stats released late last year by eMarketer, Amazon currently has about a 15% share of total digital ad spending (including both national and local advertisers) vs. 24% for Facebook and 26% for Google.

And based on the Big 3 digital ad platforms' second quarter earnings reports, Amazon's share is expanding the fastest, with total ad sales expanding 18% vs. the second quarter of 2021. Google's ad sales grew 12% and Facebook's rose only 1.5% during the same period.

And while Amazon has much smaller share of local ad spending overall, it also has significant upside in terms of the average rate of ad spending by local advertisers (see chart below). 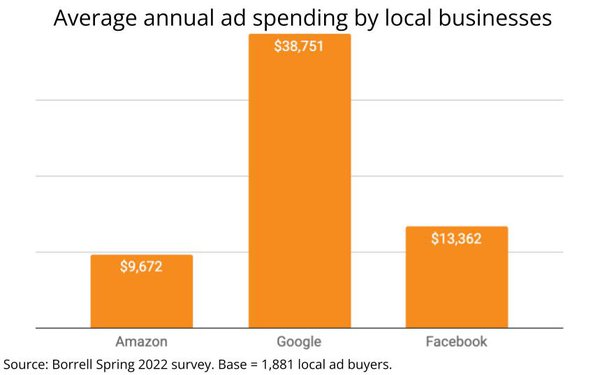