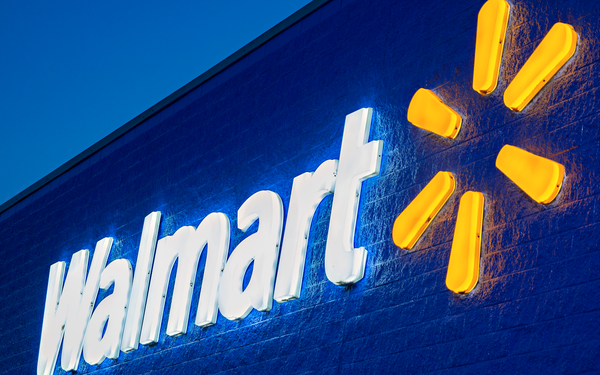 Walmart is making national headlines with news that it will expand abortion coverage for its employees, including travel expenses. One could almost feel the shock waves spreading: Might Walmart, a predominantly red-state brand, be taking a step to the blue-state left, following the progressive stances of companies like Apple and Amazon?

Nope. A closer read reveals that if so, it's only the tiniest of steps, covering abortion only in the cases of "health risk to the mother, rape or incest, ectopic pregnancy, miscarriage or lack of fetal viability." In a memo to employees, which Walmart sent to Marketing Daily, it explains the change is due to feedback from its 1.6 million associates.

Walmart's move is the latest illustration of how large companies struggle to straddle the vast divide between younger employees, demanding companies support access to abortion as basic healthcare -- and those who oppose it.

Walmart's new policy "is more compassionate than the previous one," says Shelley Alpern, director of corporate engagement for Rhia Ventures, a nonprofit that works to improve reproductive healthcare through shareholder proposals. "But the problem is, most abortions are undertaken for nonmedical, elective reasons. So this is far less supportive than it seems at first glance."

She calls the new coverage "very disappointing." It shows how Walmart, the country's biggest private employer, "is trying to walk a fine line. It feels strong pressure coming from both sides, political and cultural divides."

Between the pandemic, the ongoing Great Resignation and demographic shifts, it's more important than ever for companies to burnish their employer brand. And whether they like it or not, that means letting employees know where they stand on abortion.

New data from GWI, a market research company, reports that among Gen Z and millennials, 57% expect companies to take a public stance supporting access to abortion. And 71% believe companies should support women's rights in their general public policy decisions, providing such benefits as parental leave.

"There's a real generational divide on the issue," she tells Marketing Daily. "But it's important to note that even when people don't believe it's appropriate for external statements of support or opposition, it doesn't mean that they don't want brands to do anything at all.  They expect them to approach these issues with their employees. Consumers want communication centered around providing these tangible benefits that help employees. It's the authenticity of the intent that matters."

Alpern says that because of the lack of transparency in HR policies, it's hard for anyone to know how authentic or sincere any abortion coverage is. And that's especially concerning, given the number of companies that profess progressive benefit policies but fund anti-abortion politicians.

Walmart has donated $300,000 to elect anti-abortion officials, making it one of the biggest anti-abortion donors in the country, according to an investigative report from Business Insider. AT&T is the largest, donating $1 million, with Exxon and Citigroup each donating $300,000.

In early June, Walmart rejected a shareholder proposal that it adopt policies covering all abortions, saying it did not see a benefit to shareholders. "This gap in Walmart’s coverage leaves many employees without the care they seek," says Molly Betourney, director of shareholder activity for Clean Yield Asset Management, in an email to Marketing Daily. "Failing to ensure that employees have access to comprehensive reproductive care (including elective abortions) could result in increased employee turnover, challenges recruiting in states with abortion bans, possible brand or reputation harm, and difficulties achieving diversity goals."

Just weeks later, Arkansas' trigger law went into effect. That law is one of the nation's most restrictive, only allowing abortions when necessary to save the mother's life.

Alpern says it is interesting that Walmart specifically mentions ectopic pregnancies. These occur in about 2% of all pregnancies and, if untreated, can result in women bleeding to death. The company is "pushing back on unscientific laws," says Alpern.

It also covers travel for uncovered procedures. "Given how recent events are resulting in state-by-state healthcare environments, we will expand our travel coverage," Walmart says. "We'll provide travel support for our associates and their covered dependents so they can access services covered by our Walmart self-insured plan when they are not available within 100 miles of their location."