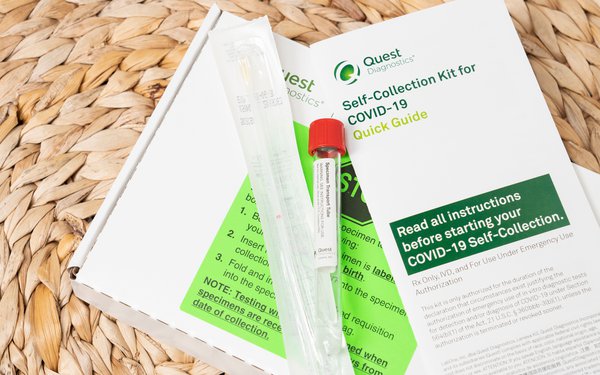 Quest Diagnostics will relaunch its growing direct-to-consumer platform during the next few weeks, with the aim of increasing clicks and then purchases “once we get the eyeballs to the site,” chief executive officer-elect Jim Davis told Morgan Stanley’s 20th Annual Global Healthcare Conference on Tuesday.

Its QuestDirect business picked up momentum during COVID, Davis said, since “you don’t have to go to your doctor to order a lab test, especially for something like COVID.”

Davis cited a couple of key consumer groups as driving the D2C business:

2. “’Watchful warriors’ – people with chronic diseases who want to get tested more frequently than their health plan will cover, so  why not just come to Quest, order it directly rather than go to your doctor, pay for a bill for your doctor, only to have them order a lab test that’s going to get denied because you have a frequency limit?”

Neither D2C nor retail relationships came up in Eisenberg’s discussion, but Labcorp’s recent run of hospital deals did. These include buying outside labs, like a deal with New jersey’s RJWBarnabas announced last month, and running in-house labs, such as a pending deal with Ascension in 10 states.

“As a partner, we can deliver the same service levels, the same quality, the same turnaround times, and do it at less cost to them,” Eisenberg said.