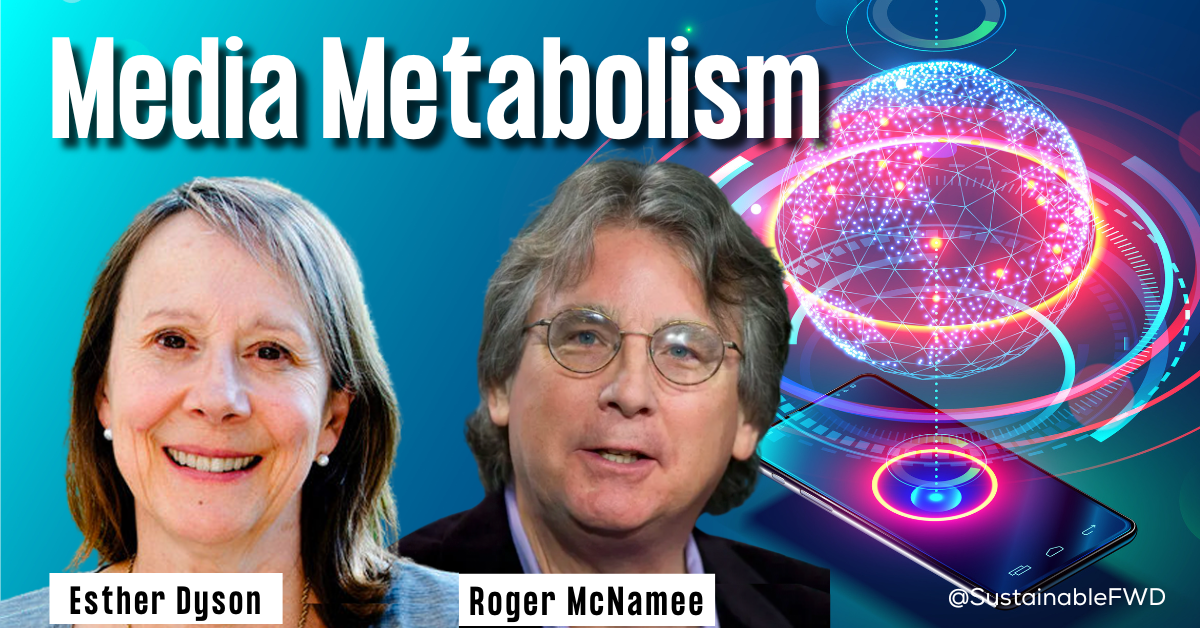 When you ask philanthropist and investor Esther Dyson about the challenges facing media, she inevitably answers in a complex and nuanced way. Media, she’s quick to explain, is not one thing. For example, mass media is a church, while news media is a pew in that church.  It makes sentences like “the media“ or “the media is responsible“ complicated.

“Journalism, to me, is a holy religion. Media is a church that has been corrupted with the media metabolism that's money-hungry” she says, taking aim at a business model that prioritizes profits over truth and accuracy. “All these private companies are trying to own more and more of our lives. And as our lives become more virtual, they're saying, wow, you know, there's a real opportunity."

For Dyson, the metabolism of media is ravenous. Like many industries built to serve public markets, the driver is profitability at almost any cost. But as she sees it, that creates unique and dangerous problems for both the makers of, and the consumers of, media.

“Everything you do is being watched, and then you're being sold stuff,” she says. “So it's really about the privatization of human beings' time, whether they're spending it on games, in education, trying to read the news, trying to find something. And the challenge, is how do we take that power back, so instead of being manipulated the whole time, we have the power to manipulate ourselves?” says Dyson.

“Most people who publish hate stuff are actually motivated by ads rather than by hate. I mean, it's interesting, if you go to misinformation and you ask people about their business models, they're not very political. They're focused on the money. I think we need to understand that this is more about the money metabolism and the fact that hate and gaming, and all forms of addiction, are extremely profitable.”

At its core, Dyson says the business model is broken. And she’s not alone.

“This isn’t a tech story. It’s not a business story. This is an everybody story” says legendary internet investor Roger McNamee. “This is a catastrophe that we’re all facing, and we don’t necessarily have a vocabulary for it, because the business model that Facebook and Google have created is something we’ve never seen before.”

McNamee described himself as a “tech optimist” until just recently.

“Virtually all the large social media platforms rely on some form of advertising to generate revenue. Their business models are exceedingly simple: they attract the attention of users and then sell the attention to advertisers. In crude terms, they’re selling your eyeballs to the highest bidder” says McNamee with his characteristic clarity.  “Their algorithms are brilliantly designed to catch and hold your attention by serving up content that will trigger dopamine rushes in your brain. Dopamine isn’t a cause of addiction, but it plays a role in addictive behaviors.”

This has resulted, in just a handful of years, in media companies profiting from content that provoke outrage and fear.

McNamee and Dyson agrees that public companies are motivated by profit, and there is no value to the stock price in embracing ethics. Explains McNamee: “You bring three billion people onto one network with no boundaries and no safety net, then combine that with a business model that's based on essentially promoting emotionally intense content in order to promote engagement, and then add into that the ability to target people with extreme precision. And the result is that an enormous number of ideas that have lived for years at the fringes of society -- things like white supremacy and anti-vax -- have suddenly been thrust into the mainstream and done huge damage.”

“For many social media companies, addictive behavior (as in people consuming more than they intend to and regretting it afterwards) is the point,” says Dyson, “Cigarettes, drugs, and gambling are all premised on the model that too much is never enough.  And from the point of view of many investors, sustainable profits are not enough.  They want exits. Indeed, the goal of these investors is creating ever-growing legions of addicts. That starts with generating and keeping attention,” she says.

“I personally think we’re just being blind to the consequences of short-term thinking. Silicon Valley is addicted to profits and exponential growth. But we need to start thinking about what we’re creating for the long term.”

There is no single solution. It’s far more complicated than that.

Danny Rogers, the co-founder of the Global Disinformation Index, says he sees three elements that could drive toward a media ecosystem not fueled by addiction and hate.

Counter-messaging is a short-term solution. “People’s attention is for sale. It’s not about arguing with the people who are peddling disinformation, but about responding with information” says Rogers. “The second category is platform reform, such as the broader legislative and regulatory efforts -- the DSA and DMA in the EU, and the online safety bill in the U.K..”

And finally, it’s about engaging a generation of internet natives -- children born after the launch of the iPhone -- to give them the tools and motivation to become both media users and media activists. “The younger generation understands that it doesn’t take much to put something online; they have a more natural skepticism,” says Rogers. “Rather than be treated as ‘the product’ of media manipulation, young people need to be given the knowledge and the tools to fight back against a media metabolism that is profiting from their addiction.”