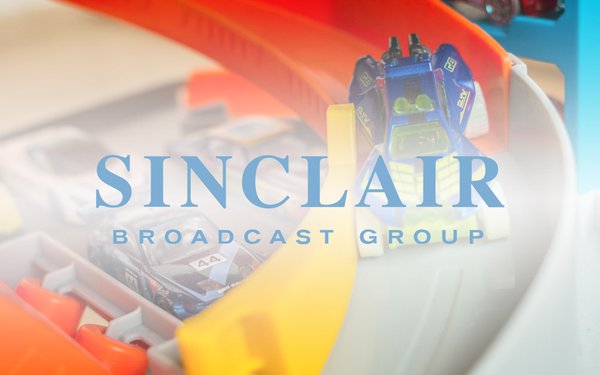 In its notice of apparent liability for forfeiture, issued Wednesday, the FCC said that the broadcast licensees “apparently willfully and repeatedly violated rules limiting commercial matter in children's programming.”

The agency recommended the largest fine for Sinclair, totaling $2.652 million.

“We find that our proposed forfeitures are warranted as a result of Sinclair’s lengthy history of prior offenses for similar violations; the extent, gravity, and circumstances of the violations here; and Sinclair’s ability to pay,” the agency wrote. “Under these additional considerations, we begin by taking into account the fact that in the last 17 years Sinclair has been fined or admonished 11 times for program-length commercial violations, establishing an extensive history of prior offenses. In addition, the circumstances and extent of the apparent violations here are particularly troubling because an experienced television licensee apparently committed them. Over the course of slightly more than a month, not a single employee noticed that at least one—and sometimes more—Hot Wheels commercials were airing during a Hot Wheels program.54 This is a textbook violation of Commission rules that have been in place for more than 30 years.”

In this case, the broadcasters exceeded the limits through multiple airings of 30-minute “Team Hot Wheels” shows that included ads for a Hot Wheels Super Ultimate Garage playset.

Adherence to the rules is one factor weighed when the FCC considers renewing broadcast licenses.

In November 2020, Sinclair voluntarily informed the FCC that 84 of its stations had aired the show and the branded toy ads on 11 occasions between November 10, 2018, and December 15, 2018. Another Sinclair station, WABM in Birmingham, Alabama, aired the ads during seven episodes of the Hot Wheels show.

Other broadcasters also reported such violations. All claimed that these were inadvertent, and said the ads were pulled once the violations were discovered.

Some non-Sinclair licensees pointed out that the commercials were embedded in the programming, which was provided to them by Sinclair, but the FCC said that this did not lessen their responsibility.

“It is not always easy to be a mom right now.  I know, because I am one,” FCC Chairwoman Jessica Rosenworcel said in a statement released along with the notice on Wednesday. “The screens around us are multiplying, and it is hard to keep tabs on what our kids are consuming.

“But in the Children’s Television Act, Congress sought to ensure that broadcasting would remain a special place for kids’ content,” she continued. “The law put clear limits on advertising on children’s programming. Those limits were ignored here, where broadcasters mixed toy commercials with content and violated our rules. This Notice of Apparent Liability is the result.  I thank my colleagues for supporting this enforcement action because every parent wants to know their kids are safe and with so many ways to watch, honoring the principles in the Children’s Television Act is essential.”

In addition to Sinclair, the agency proposed fines of $26,000 per each on six Nexstar stations, citing, as with Sinclair, the “relatively extensive” period during which violations allegedly occurred, the amount of the commerical overages time, the size of the company, and other factors.

The companies must either pay the fines within 30 days of the notice or file statements requesting reductions or cancellations of the fines.