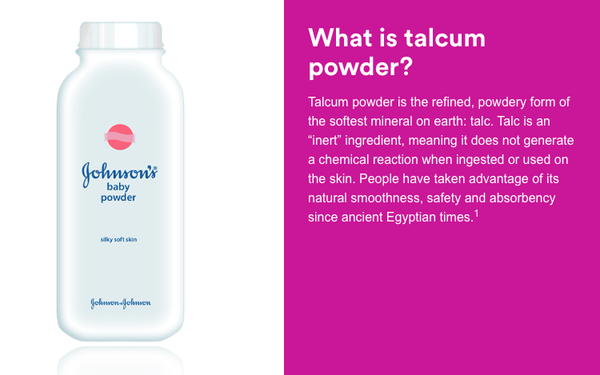 Don’t be surprised if a drama series titled “Talcsick” shows up on streaming platforms.

It would chronicle the long-running saga of Johnson & Johnson’s attempt to avoid nearly 40,000 lawsuits alleging that its talc-based baby powder caused mesothelioma and ovarian cancer because it contained asbestos.

(Sort of like the Hulu series “Dopesick,” which documented Big Pharma’s culpability for America’s struggles with opioid addiction.)

The latest episode of the potential "Talcsick” kicked off last week in the 3rd U.S. Circuit Court of Appeals in Philadelphia, where plaintiffs once again objected to Johnson & Johnson’s creation of a subsidiary into which it placed its talc liabilities.

Less than a week later, the subsidiary declared bankruptcy.

On the drama side, two weeks ago a bankruptcy judge in New Jersey -- who in February decided not to dismiss the bankruptcy case of Johnson & Johnson ’s LTL Management LLC -- said that he and his staff had received menacing calls, emails and social media posts, as reported by Reuters.

When LTL Management declared bankruptcy last October, its filing described the entity as a “small business debtor” with less than $2.73 million in “aggregate noncontingent liquidated debts (excluding debts owed to insiders or affiliates).”

The filing included a list of 30 law firms “with the most significant representations of talc claimants.”

Last week, a lawyer for Johnson & Johnson told the appeals court that bankruptcy would benefit victims by producing a faster settlement—possibly worth as much as $61 billion—while acknowledging criticism that a "big company that has all these profits is somehow trying to evade liability," according to NPR’s WNYC.

According to the U.S. Food and Drug Administration, both talc and asbestos are naturally occurring minerals that may be found in close proximity to each other in the earth.

“Unlike talc, however, asbestos is a known carcinogen when inhaled,” the FDA notes.

Johnson & Johnson stopped selling talc-based baby powder in Canada and the United States in 2020. It recently announced it would stop selling the product worldwide next year.

According to the law firm Levin Papantonio Rafferty, in 2018 a St. Louis jury awarded $4.69 billion to 22 women who sued Johnson & Johnson claiming its talc-based baby powder caused their ovarian cancer.

The company described it in a news release as “a new skin and hair care brand for babies and toddlers developed to be intentionally simple through its purposeful ingredients, purposeful mission and purposeful science.”