SlimFast's Blast From The Past Encounters The Future 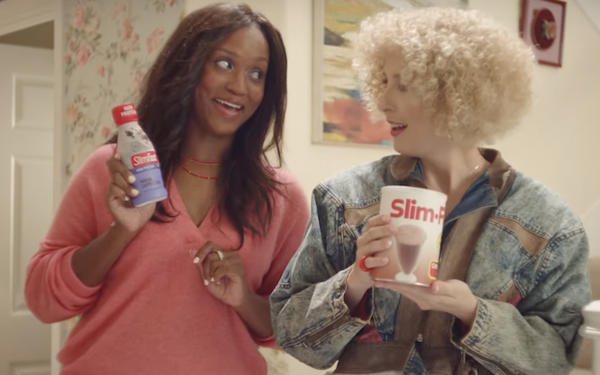 SlimFast hearkens back to its 1980s roots in a new campaign from SRG.

The ad starts out with a 1980s ad (rendered with tinny audio and a spokeswoman with a frizzy hairdo and acid-washed clothes). Just then, a modern spokeswoman jumps in and says “That’s the SlimFast of the ‘80s!”

She then introduces the ‘80s woman to “today’s SlimFast,” which comes in flavors like Mocha Cappuccino. “Radical!” says the ‘80s spokeswoman. Soon both are walking down a street in 2022. The ‘80s woman then tries a keto product from SlimFast. “Welcome to the future,” says the current spokeswoman. “Or, the present.”

The campaign launches about four years after Glanbia bought SlimFast for $350 million.