'Start Clean': Clorox Wants Us To Move On From Past Messes 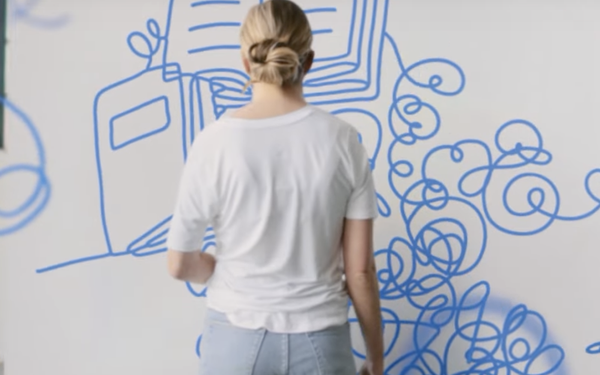 Clorox is making a plea to consumers to “Start Clean” in a new campaign from FCB Chicago.

The ad starts off by following a blue magic marker drawing on a piece of oaktag. The narration talks about how things have gotten messier “over the last few years.” The narration notes that we can put a stop to this and begin again.

By “start clean,” Clorox means moving on from emotional messes and environmental messes, the narration says.

The spot does not mention COVID specifically, but the sentiment seems to be that it’s time for a fresh start.

At the end of the ad, the camera pans back and reveals a large drawing featuring a woman pushing a baby carriage, a woman lying in a bed and several Clorox bottles.

Clorox was one of the companies to profit from the pandemic as consumers bought Clorox to sanitize their homes. But since the pandemic has eased, Clorox’s stock price has taken a hit and it hasn’t yet recovered. This campaign, its first such effort since 2017, attempts to give the brand a new image.