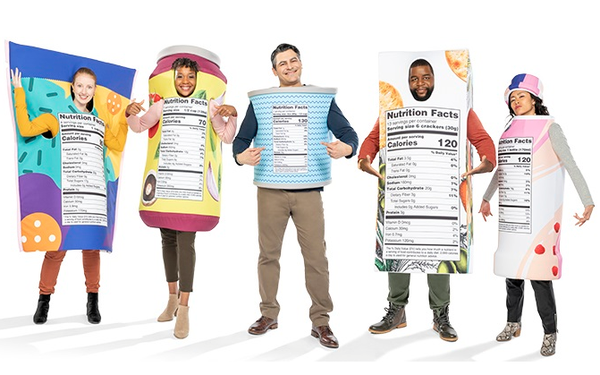 The U.S. Food and Drug Administration is seeking public input as it prepares to create updated standards for the use of the term “healthy” on food labels.

Announced Wednesday, the proposed rulemaking would align the definition of “healthy” with current nutrition science, the government’s Nutrition Facts label, and Dietary Guidelines for Americans.

Among other things, products labeled “healthy” would need to contain a certain “meaningful amount of food” from at least one of the food groups or subgroups—for example fruits, vegetables or dairy—recommended by the Dietary Guidelines for Americans.

Raw, whole fruits and vegetables would automatically qualify for the “healthy” claim.

A cereal labeled “healthy” would need to contain three quarters of an ounce of whole grains and contain no more than one gram of saturated fat, 230 milligrams of sodium and 2.5 grams of added sugars.

Concurrently, the FDA is developing a symbol for voluntary use in labeling by companies whose products meet the “healthy” standards.

“Healthy eating patterns are associated with improved health, yet most people’s eating patterns do not align with current dietary recommendations,” Susan Mayne, director of the FDA Center for Food Safety and Applied Nutrition, said in announcing the initiative.

The FDA first defined the nutrient-content claim of “healthy” in 1994, and its guidelines have shifted over the last two decades.

Originally, the definition had limits for total fat, saturated fat, cholesterol and sodium. To qualify, foods had to provide at least 10% of the Daily Value (DV) for one or more of the following nutrients: vitamin A, vitamin C, calcium, iron, protein and fiber.

A noteworthy change occurred in 2015 when the FDA challenged Kind Snacks’ use of the term “healthy” because its products containing nuts were high in saturated fat.

Kind pushed back and the FDA reversed itself in 2016—subsequently setting into motion the current process of updating the term “healthy.”

Comments on the proposed changes are due by Dec. 28.