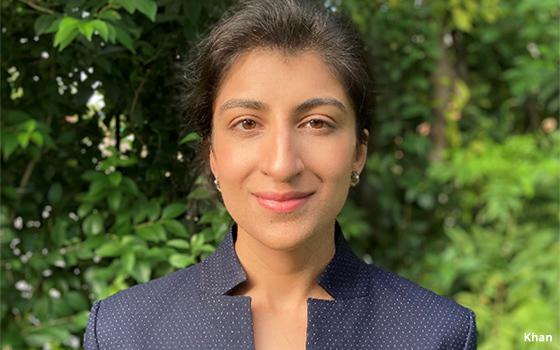 Speaking at the agency event “Protecting Kids from Stealth Advertising,” Kahn suggested that it's harder for parents to monitor ads in today's online environment than in traditional media, where the same ads were typically broadcast to all viewers.

The rise of social media and targeted advertising "changed everything,” Kahn said, adding that every child is now an "audience of one.”

The day-long event covered a variety of topics related to online advertising to children, including whether regulating material aimed at children would violate the First Amendment, and whether ads for children should come with an icon.

Khan said in her opening remarks that the FTC is particularly concerned that “kids often cannot tell the difference between ads and organic content.”

She also said that young users “may provide personal information without understanding the privacy risks.”

The FTC currently is considering revising the regulations that implement the Children's Online Privacy Protection Act, which prohibits companies from knowingly collecting “personal information” from children younger than 13, without parental consent.

The agency last updated the regulations in 2012, when it expanded the definition of personal information to include IP addresses, geolocation data, photos, persistent cookies and mobile device identifiers.

Late last month, four Democratic lawmakers urged the FTC to again broaden the definition of personal information, and to prohibit companies from collecting more data than necessary from children.