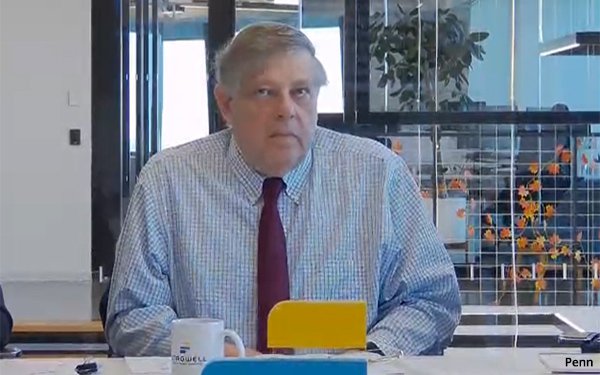 Organic net revenue growth for the period (which excludes M&A and currency impact) was 11.3%. For the first nine months of the year, organic growth was 16.7%
Commenting on an earnings call, CEO Mark Penn said that the company also generated record net new business wins in the period--$86 million in revenue that will kick in as the business transitions to Stagwell agencies over the next few months.
That will set the company up for a solid start to the new year, Penn said, noting that Stagwell is taking share from major holding company competitors. "We hope investors give us credit for that," he said, asserting that Stagwell's stock remains undervalued in the marketplace.
Third quarter net income was $35.3 million with profits for the first nine months equaling $93.4 million. Reported revenue through September was $1.979 billion.

The company tapered full-year organic growth expectations largely due the lagging performance of a political fund-raising unit, Targeted Victory. That operation struggled largely due to inflation as consumers pulled back on donations to off-set higher gas prices and other costs.

Previously the company offered full-year organic growth guidance of between 18% and 22%. That was modified today to 16% to 20%. Excluding the advocacy group the full-year growth guidance is between 13% and 17%. Penn said he believed the advocacy unit's slowdown was temporary and that it would get back up to speed as the 2024 presidential contest gets closer. The run-up to that election is expected to generate record donations, Penn said.

Commenting on new business, Penn said the firm is being invited to more and bigger pitches given its increased scale due to the MDC merger last year, other M&A and ramped up operations in house. He said the firm now considers about $1 billion in pitches each year, declines to participate in 20% of them and "we get our fair share" of the $800 million or so that its agencies participate in. On average the company's top-20 clients now each generate more than $6 million in annual revenues for the company.
As to client concerns about the macroeconomic picture, Penn remarked, "we've seen some clients push off projects [for Q4] but nothing of concern."  There is "some caution in the marketplace," Penn added, but nothing anywhere near the scale of the recession in 2009 or the ad recession during the pandemic.
A more pressing concern in the marketplace, at least for sellers, said Penn, is growing fragmentation in the digital space with newer players like TikTok and the Walmart marketplace. And Netflix's new ad-supported offering will be "highly disruptive," he added. But in a good way for clients because the streaming giant's entry into the ad market will put downward pressure on CPM's.
Penn also said that the company's Marketing Cloud unit, formed late last year, is poised to generate $140 million in revenue in 2023. That unit was created to develop a suite of SaaS and DaaS products to support transformation for in-house marketers.
holding company, revenue
Next story loading