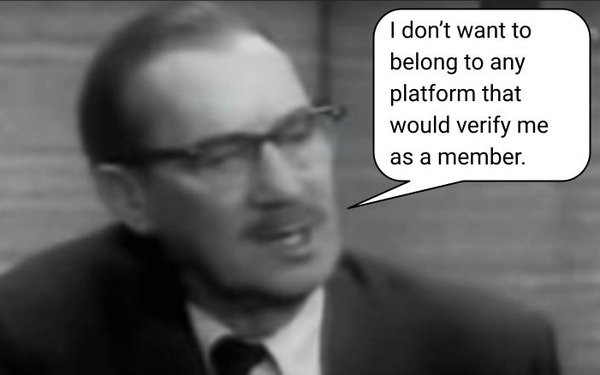 It’s been more than four years since I deleted my Facebook account, and I’m on the verge of doing the same for Twitter. And it’s all because of something Elon Musk explained to the ad industry during a Q&A this week.

Musk explained his reasoning for charging users $8 a month to verify their Twitter accounts, and why it was a good thing for advertisers.

Interestingly, I actually agree with him that it will provide a level of authentication that is better than any social media platform has had to date.

Aside from the obvious fact that it will generate a nice dual revenue stream for Twitter, users will need to provide multiple steps of verification, including a credit card and a phone number, to receive their blue Twitter check marks.

He went on to explain that it’s really a market-based solution to the problem of authenticating people’s identities, which will solve the problem of weeding out bots, trolls and bad actors on the platform, which will be good for advertisers.

The problem is, it will weed out lots of authentic users – people like me – who don’t give a rat’s patootie about being verified by Twitter. I’ve never sought or received verification since joining the platform in 2009, and the only reason I would agree to do it now would be if Musk paid me $8 a month to do it.

The reason is I believe my presence authenticates Twitter, not the other way around.

Or as Groucho famously told the Friar’s Club when he resigned, “I don’t want to belong to any club that would have me as a member.”

The truth is, I was willing to live with an unverified state of tweetiness, mainly so I could check in with the platform from time to time, see what “news-making” tweets important people were making, etc., and didn’t care one way or another about who thought I was actually “Joe Mandese."

I don’t need a platform to verify who I am.

Musk has an interesting binary logic for his new paid verification schema:

“Over time – maybe not that long a time – the default will be to look at verified,” Musk said, referring to how Twitter users will use their feeds going forward, adding that while users can still look at unverified users in their feeds, they will become regarded as “probable spam” similar to an email spam folder.

“You’ll have your inbox of highly-likely-to-be-relevant,” he said about the utility of unverified Twitter accounts. “You can still look at all the others, but it will default to the highly relevant category, which will be verified.”

Musk wants to treat unverified Twitter users as spam, and is asking his engineers to downplay their value in Twitter's feed to make them irrelevant.

That's okay with me, because I don’t want to belong to any platform that would verify me as a member.

But if he’s interested, I’d be happy to verify him as a member of MediaPost. And I won’t even charge him for it.