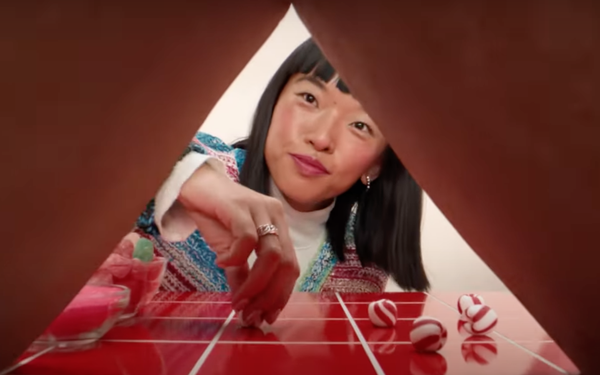 With sales up, profits down and a sharply reduced outlook for the months ahead, Target's latest financial report is giving the market agita. The retailer's unexpectedly poor showing contrasts sharply with Walmart's substantial numbers earlier this week and the U.S. Commerce Department's solid monthly retail sales report. All these results paint a picture of how rising inflation and interest rates impact different kinds of shoppers.

Target's third-quarter revenue increased 3.4% to $26.5 billion, with comparable sales climbing 2.7%, somewhat ahead of expectations. The unhappy surprise came in the bottom line, with operating income sinking 49.2% to $1 billion, compared with $2 billion in the year-ago period.

The company is now lowering its outlook for the remainder of the year. It's predicting fourth-quarter sales declines in the low-single digits.

Target is also initiating moves that will help it cut between $2 billion and $3 billion in expenses in the next three years.

"In the latter weeks of the quarter, sales and profit trends softened meaningfully, with guests' shopping behavior increasingly impacted by inflation, rising interest rates and economic uncertainty," said Brian Cornell, Target's chairman and chief executive officer, in its announcement.  "This resulted in a third-quarter profit performance well below our expectations."

In contrast, Walmart's quarterly report showed an unexpectedly big jump in revenues: up 9%. And it ratcheted its forecast higher.

Some of that jump, such as increased spending on food and gas, is due to higher prices. But consumers also spent more on cars, furniture and restaurants, showing that they feel confident enough to increase discretionary spending.

"October retail sales data confirms that consumers continue to stretch their dollars on household priorities, including gifts for family and loved ones this holiday season," says Matthew Shay, president and CEO of the National Retail Federation, in its report on the monthly numbers. "With a strong labor market and excess savings, we are expecting a solid five-day holiday shopping weekend."

While Target's news sent its stock price down as much as 15% in the hours after the announcement, some observers believe its prospects are as sturdy as ever.

While some are "overly fixated on near-term woes," writes Zain Akbari, who follows Target for Morningstar, "our long-term forecast remains intact."

Target gained as shoppers made more frequent purchases in the beauty, food and beverage and household essentials categories. But purchases in discretionary areas continued to soften.

Akbari believes that mix is a significant reason Target's results lagged Walmart's. "Around 60% of sales at Walmart's U.S. namesake stores come from grocery, with a sharp focus on everyday value (especially important to cash-strained consumers)," he says. "We believe roughly 40% of Target's sales come from non-discretionary categories."

He's also encouraged by Target gaining share in all its merchandising categories, "which suggests its value proposition resonates."