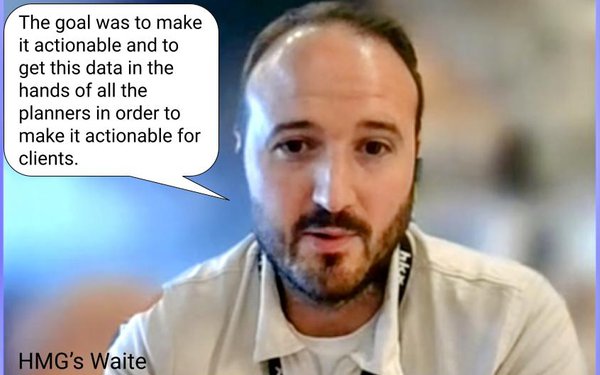 As part of a broader push to develop more “meaningful” metrics and KPIs for planning and buying media, Havas Media Group has integrated new forms of “attention data” into its network-wide system for planning digital media overall, as well as social media explicitly.

While many big media agencies have been developing and adopting various forms of attention data in similar ways, Havas asserts it is the first to do so on a “global scale.”

The attention data being used by Havas comes from Lumen, which maintains continuous eye-tracking panels in the U.S. and U.K., and periodically sets them up in other key markets to benchmark them and adjust a global index of the attention people pay to various ad formats and media channels.

The Lumen data currently scores and ranks attention for more than 9,000 of the top digital domains based on the average consumer attention paid at an explicit ad format level.

As part of today’s announcement, Havas said it also is utilizing Lumen’s data to measure, plan and buy attention-based metrics for social media platforms in a new tool it dubs the Meaningful Social Matrix, which enables planners to index the average attentive seconds/impressions by platform for specific advertising formats.

Both the domain-level and social platform data are being incorporated into a new planning system Havas calls the “Meaningful Media Planner,” which is an allusion to the holding company’s long history and deep investment in researching and developing data and insights to understand what makes brands – as well as the advertising they use and the media they buy – more meaningful to consumers.

While Havas’ long-running Meaningful Brands studies look at a variety of factors driving meaningfulness, HMG Global Managing Director of Mx Development Jon Waite tells MediaPost the attention metrics are being used as a first-level proxy for meaningful media plans, because it is confident the data is stable and robust enough to be deployed and operationalized globally throughout its media planning systems.

As a practical application, Waite says Havas has been A/B testing parallel campaigns using standard media buys and ones adjusted using the attention metrics, and that the results so far demonstrate considerable improvements in both cos and effectiveness based on various client KPIs, or key performance indicators used to measure the impact of their campaigns.

Waite says Havas currently has about eight client campaigns running as part of the deployment, and plans to use them as case studies it will make public near the end of the first quarter of 2023.

With so many agencies testing and deploying various forms of attention metrics, including Adelaide and Realeyes in the U.S., Waite acknowledges there may be broader industry need to began establishing some form of industry standards for what an attention metric actually is.

While the digital and social media attention metrics are the first to be operationalized globally in Havas’ Meaningful Media Planner systems, Waite notes Havas continues to develop other forms of meaningful media metrics that its planners and clients are utilizing “manually,” including ones it presented at the Cannes Lions Festival earlier this year based on the carbon impact of media, adjusting for publishing content deemed misinformation, weighting for content deemed authentic journalism, and other factors like brand safety/suitability and the welfare of children.

He says the long-term goal is to continue developing other meaningful media metrics and eventually get them stable and representative enough to be incorporated into Havas media planning systems alongside the attention metrics.

Ultimately, he says it’s up to each client and their planning teams to decide what data to utilize and how much weight to apply to them in their plans, but that the first step is to make them operational at scale. 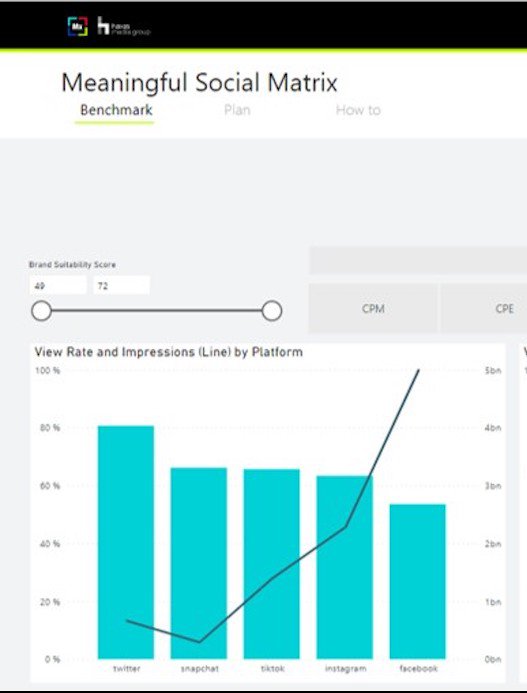