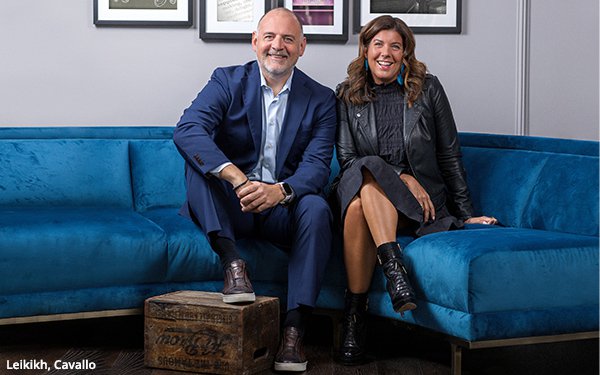 Longtime MullenLowe chairman and CEO Alex Leikikh has been named an executive vice president of Interpublic where he will oversee several of IPG’s U.S.-based independent creative agencies. He will also retain the chairman role at MullenLowe while Kristen Cavallo will succeed him in the CEO post. She will retain her CEO role at The Martin Agency and continue to report to Leikikh.

In his new corporate role Leikikh will oversee a group of IPG creative agencies. In addition to MullenLowe they include Campbell-Ewald in Detroit, Carmichael Lynch in Minneapolis, Deutsch in New York, The Martin Agency in Richmond, VA and Tierney in Philadelphia.

As part of his corporate role he will help develop shared services designed to enhance the creative capabilities at the agencies he is now responsible for.

“Alex has a track record of delivering results across every metric critical to an agency’s success,” stated IPG CEO Philippe Krakowsky, who credited Leikikh with the successful integration, rebranding and repositioning of the Mullen and Lowe agencies when they merged in 2015.

Leikikh has been CEO of MullenLowe since the merger and earlier led Mullen as CEO.

Cavallo joined TMA as CEO in 2017 in the wake of a sex harassment scandal which resulted in the departure of a number of senior executives from the agency. She became TMA’s first female CEO.

Prior to joining TMA Cavallo had been an executive leader at Mullen, then MullenLowe Group, culminating in her being named U.S. Chief Strategy and Growth Officer, where she oversaw strategy and helped manage business development for the agency’s four U.S. offices.

Krakowsky credited her with being “a leader that people want to follow, and she’s proven that she can attract and grow the industry’s best talent.”