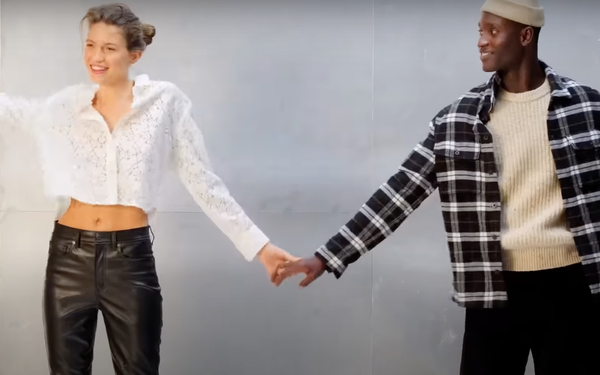 Gap is back in the black, posting a profit and sales ahead of expectations. But the retailer, which also owns Old Navy, Athleta and Banana Republic, warned investors to expect extra promotional activity in the holiday season as it looks to win sales in a highly competitive market and clear away excess inventory.

The San Francisco-based company’s net sales for the third quarter inched up 2% to $4.04 billion, up from $3.94 billion last year. Comparable sales rose 1% year-over-year, while online sales advanced 5%. By division, Old Navy’s comparable sales fell 1%, while they rose 4% at the Gap. Both divisions, however, noted dips in kids’ and baby clothes. Banana Republic’s comparable sales rose 10%. And at Athleta, sales came in flat, as consumers shifted their focus away from workout wear as they return to in-person work.

Net income rose to $282 million, compared with a loss of $152 million in the comparable period of last year.

It’s not been an easy few months for the company. It still hasn’t replaced Sonia Syngal, who stepped down as chief executive officer in July. And its ill-fated Yeezy Gap partnership with Ye, formerly known as Kanye West, kept it in the headlines, resulting in a $53 million impairment charge this quarter.

“While our third quarter results underscore the initial progress we are making toward rebalancing our assortments and reducing inventories, we continue to take a prudent approach in light of the uncertain consumer and increasingly promotional environment as we look to the remainder of fiscal 2022,” said Katrina O’Connell, Gap's executive vice president and chief financial officer, in its announcement.

“In the near term, we remain focused on the actions necessary to reduce inventory [and] rebalance our assortments to better meet changing consumer needs.”

The results beat expectations, and observers saw plenty to like in Gap’s improving fortunes. Still, it is “not quite seaworthy,” writes Mark R. Altschwager, an analyst who follows the company for Baird. He continues to rate the company as neutral, noting that its “recovery picture remains very cloudy.”

Deutsche Bank’s Gabriella Carbone is also encouraged by the “green shoots” she sees, including progress from “improving product assortment at Gap and Old Navy,” as well as stepped-up cost-cutting initiatives.