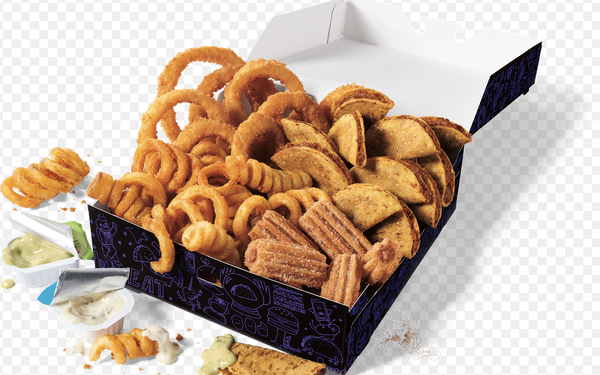 At least one fast-feeder is celebrating Thanksgiving Eve this year.

Jack in the Box this Wednesday will launch Jack-Out Wednesday, a night of staying up until dawn at your hometown haunts with your high school friends.

The chain will offer pre-Thanksgiving feast munchies including tacos, Bacon Ultimate Cheeseburgers, Jumbo Jacks and Sourdough Jacks during the hours of 10 p.m. to 2 a.m. on Thanksgiving Eve.

On Jack-Out Wednesday, Jack Pack members can buy one Fan Faves box and get another one free on the app. The Fan Fave box includes 13 tiny tacos, eight onion rings, one large curly fries and five churros (shown above).

A Jack in the Box rep said this is the first year the chain is doing this.

Thanksgiving Eve is traditionally a busy time for restaurants. In 2019, for instance, restaurants saw a 34.6% jump in sales on that day compared to other Wednesdays in November, according to a study of restaurants that used Toast technology.