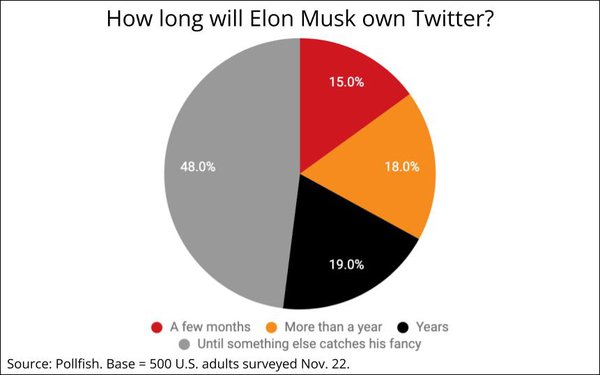 If the voice of the people really is the voice of God -- as Elon Musk keeps tweeting -- then he won't own Twitter much longer.

According to a survey conducted by Pollfish for MediaPost on Tuesday, most American adults do not believe Musk will even own Twitter more than a year.

While a third believe he will own the social media platform a year or more, most consumers believe it will only be "a few months" or "until something else catches his fancy."

And given the rate at which he is turning off big brand advertisers and their consumers alike, he may feel the financial constraints to do that sooner than later, especially now that he has delayed his equally controversial plan to begin charging Twitter accounts $8 a month to be verified.

While the consumer poll we fielded may not be the "voice of God" that Musk has been asserting his Twitter polls have been when rationalizing his decisions to reinstate banned accounts, they are the voice of the marketplace that big brand advertisers generally care about hearing from.

And according to our survey, nearly half of them believe Musk's decisions have made Twitter an even more toxic place for them, while a third believe it is just as toxic as it previously was, which wasn't very good to begin with. 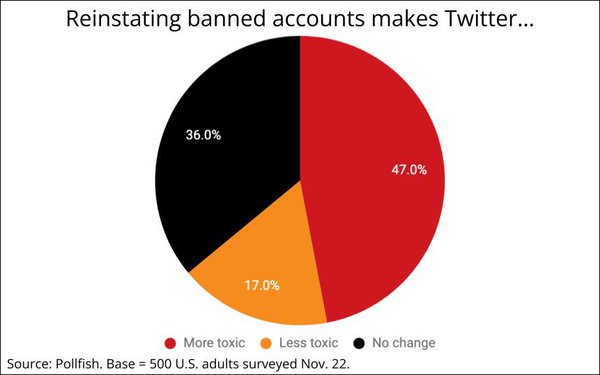 And while I wouldn't make the case that consumers are God -- whether they are P&G's, Walmart's or even Twitter's -- at least one highly regarded ad industry pundit once said they were.

At a time when everyone was saying consumers are "king," "the boss," or "in charge," Rishad Tobaccowala famously quipped, no, they are in fact God.

So maybe Musk is right when he keeps saying, "Vox Populi, Vox Dei." 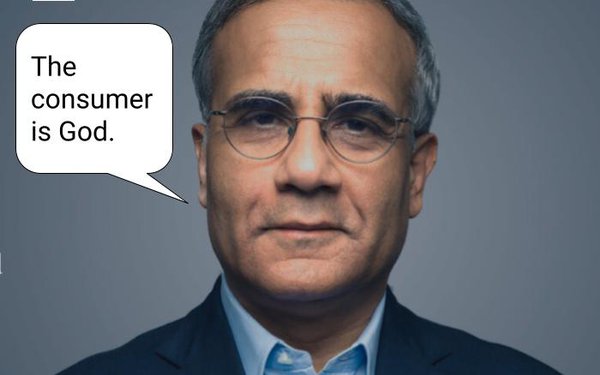