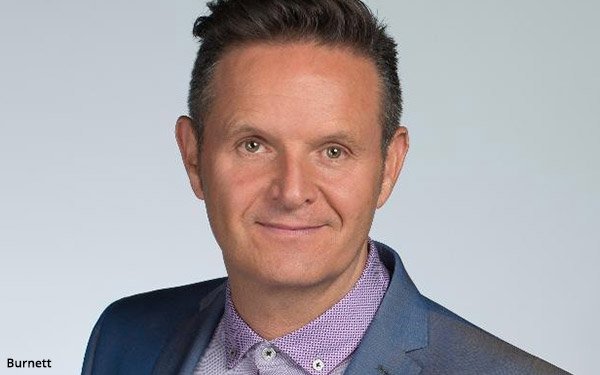 Top executive exits continue amid the consolidation and restructurings at major entertainment companies.

In the latest news,  producer Mark Burnett, creator of “Survivor” and “The Apprentice,” is stepping down as Metro Goldwyn Mayer’s television president, and Lenny Daniels, Warner Bros. Discovery Sports U.S., has decided to terminate a 27-year relationship with the company effective immediately.

Burnett’s contract was set to expire at year-end. His exit was expected following Amazon’s $8.5-billion acquisition of MGM Studios in March. Other high-ranking MGM executives who have left following the acquisition include Michael De Luca and Pamela Abdy, chairman and president of the studios’ motion picture group, who resigned at the end of April.

“After months of collaborative transition efforts, we have thoughtfully re-organized our teams so that they all have the opportunity to prosper under the leadership of Mike Hopkins, Jennifer Salke and Christopher Brearton,” Burnett stated in the email. “As I step away from day to day management and back into independently creating and innovating, I will continue to oversee my legacy series and be available to all of you and to Amazon for guidance and support.”

“I know you’ll all agree that [Burnett] is one of the most innovative, creative, and prolific television producers in our industry, and we have been extraordinarily fortunate to have him on our team,” wrote Hopkins.

Hopkins and Salke, who left her post as president of NBC Entertainment in February 2018 to become chief of Amazon Studios, will together oversee MGM’s huge library, which spans more than 4,000 feature films and 17,000 TV episodes.

Burnett, a Briton, was a reality series legend when he joined MGM Television in 2015, having produced several major hits, including NBC’s “Survivor” (launched in 2000 and now in its 43 season) and “The Apprentice” (2004  - 2017), responsible for turning Donald Trump into a national figure. Burnett — who also oversaw Trump’s presidential inauguration — was promoted to MGM’s worldwide television group chairman in 2018.

MGM acquired control of United Artists Media Group, owned by Burnett, his wife Roma Downey and Hearst, for $234 million in 2015.

In his exit memo, Burnett said he sold a majority stake in his production companies to MGM in 2015 and sold the rest of the companies for MGM stock in 2018, when he was promoted to worldwide television group chairman, because he believed in MGM’s value.

In November 2020, Burnett was the subject of a widely read, unflattering profile by The Hollywood Reporter that portrayed him as an “agent of chaos” at MGM, known for berating staff and fellow executives. The article noted that Burnett had not as yet produced any new hits for MGM.

Silberwasser, who was in June named sports chairman for all of WBD —becoming Daniels’ boss — added that Daniels has agreed to help with the transition, and noted that he had enjoyed working with Daniels for the past few months.

Daniels, whose accomplishments included helping Turner acquire the Bleacher Report site, is leaving as WBD’s negotiations for NBA coverage approach. The existing deal, which includes Disney’s ESPON as well as WBD, is set to expire following the 2024-2025 season.

WBD signed new multiyear deals with “Inside The NBA” hosts Ernie Johnson, Charles Barkley and Kenny Smith in October, but WBD CEO David Zaslav has stated that the NBA is expendable in the company’s view, if a deal that meets its needs can’t be reached.

Each of the “important pillars” under Daniels —"best -in-class production and storytelling, the strategic importance of B/R, and an unwavering commitment to DEI values—will remain at the core of WBD Sports and further accelerated in everything we do,” Silberwasser wrote.