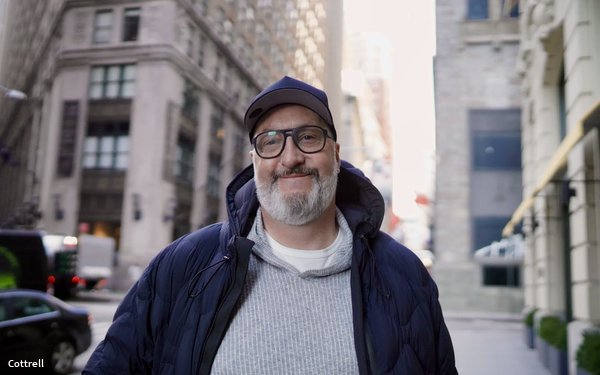 In his new role, Cottrell will sit on the leadership team and oversee the agency’s creative offering.
The addition of Cottrell signals Giant Spoon’s intent to compete for larger creative accounts, attract a broader range of clients, and strengthen the agency’s creative lead agency role.
“Giant Spoon has always been about expanding the way people experience brands." says agency co-founder Jon Haber. "Adding Noel to our team allows us to offer our vision of what’s possible for today's marketers on a bigger stage."
Cottrell was most recently Chief Creative Officer at VMLY&R’s global head office, overseeing creative with a focus on the Wendy’s and Coca-Cola accounts.

Prior to that, he spent 10 years as CCO at Fitzco-McCann working on brands like Coca-Cola, French’s Mustard and Checkers & Rally’s.
A native of South Africa, Cottrell co-founded two South African advertising agencies, Joe Public and FoxP2, before moving to the U.S. where he worked as an executive creative director at Grey New York where he steered the E*TRADE and Febreze accounts.
Cottrell's appointment is the second senior hire for the agency in two weeks. Last week the firm announced the appointment of Darrell Jursa to oversee the agency's expanding efforts in performance media and data and analytics.
Separately Giant Spoon announced the promotion of Ian Grody to Chief Creative Officer from Executive Creative Director. He's been with the agency since 2018. Reporting to Cottrell, Grody will continue to oversee creative teams in New York and Los Angeles.
agency, management
Next story loading