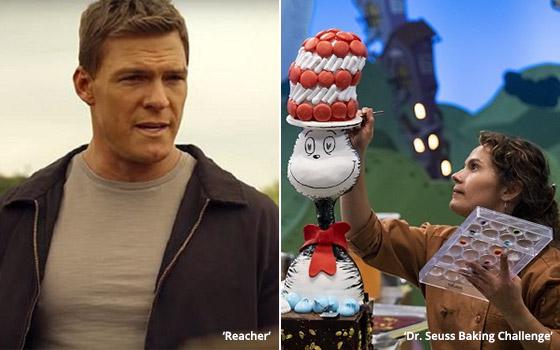 When it comes to brand identification, some networks and streamers have it and others do not.

Disney+ is an example of the former. Understandably, its content, drawn from all over the Disney empire, cannot possibly be 100% family- or kid-friendly.

But that doesn’t matter because its brand is already long-established and occupies a special place in the hearts of millions.

As a result, for many people, subscribing to Disney+ was more or less a no-brainer when it launched in 2019.

But what about some of its biggest rivals in the streaming space? For a number of years now, Netflix development has expanded to encompass every category of video content.

This month alone, Netflix will have 35 new and returning series from all over the TV map -- unscripted (“My Unorthodox Life), stand-up comedy (“Sebastian Maniscalco: Is It Me?”), drama (“Hot Skull”), kids (“Sonic Prime”) and true crime (“In Broad Daylight: The Narvarte Case”).

No new sitcoms appear to be on the December list, but Netflix has been dabbling in original sitcoms for years that are comparable to the kinds of comedy series that the legacy networks still traffic in and then cancel.

The 2019 Jamie Foxx Netflix comedy “Dad, Stop Embarrassing Me!” and the Dennis Quaid holiday sitcom “Merry Happy Whatever” (also from 2019) are two examples.

“Netflix no doubt would like to be everything to all people,” observed the TV Blog in a review of “Merry Happy Whatever” in 2019.

Perhaps the sentence sums up the Netflix brand -- a streaming service bent on providing so many thousands of titles and hours that no potential audience segment is left unserved.

But when so much of the content looks like it could come from anywhere, what distinguishes Netflix from anyone else?

For years now, the big TV companies have come to present their many networks and platforms as “brands.” Most of them are clear cut.

ESPN (Disney) is sports. Food Network means food and HGTV stands for home (both Warner Bros. Discovery). Bravo (NBCU) is distinguished by “Real Housewives” and other such shows. VH-1 (Paramount Global) is the home of its own brand of distinctive unscripted shows.

The content from these and other such networks are generally repurposed for their companies’ respective streaming services.

Thus, it could be said of those streamers that they cast as wide a net as Netflix because they too gather everything they have into one place. But at the same time, it is easy to recognize where much of that content is coming from.

The photos above were chosen as an illustration of the way streaming content varies widely. The shows seen there are the action drama “Reacher” and an upcoming baking competition show called “The Dr. Seuss Baking Challenge.” They are both on Amazon Prime.

Both could have gone to any number of other places. Baking challenges are the bread and butter of our food channels, for example, especially at this time of year.

See the “Grinch” cake being assembled in the photo above? The TV Blog came across a Grinch baking challenge that looked exactly the same just days ago on Food Network’s “Holiday Wars.”

Food Network is known for this kind of content. Amazon Prime is not. As for “Reacher,” getting this great show was certainly a feather in Amazon’s cap, but it could have aired almost anywhere on pay cable or streaming.

Perhaps the huge streaming services do not have to have a clearly delineated brand at all. They just have to have enough variety of content to continue luring and retaining subscribers. In fact, maybe that is their brand.