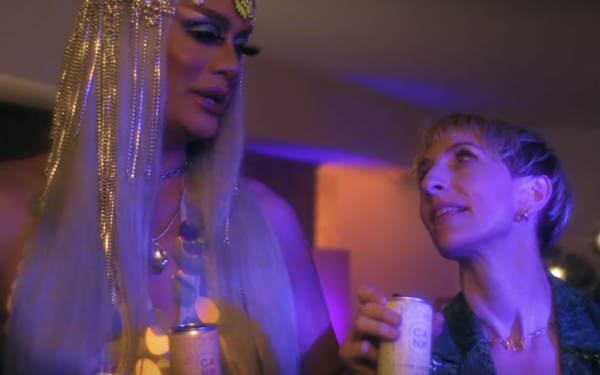 Cann, the cannabis-infused soda, is presenting an alternate way to celebrate the holidays with a video by actress Lake Bell.

The video shows a woman bored at a holiday party. As all around her are snapping at each other and eating piggishly, the woman sees a sparkling room off in the distance. A large man dressed as a glittering woman then hands her a Cann drink, and the formerly bored woman says “Cannabis in a can? Thank you.”

She then remarks that it “tastes better than eggnog,” and the drag queen agrees, in profane language.

The ad ends with the caption, “You can’t change your family. You Cann change your drink.”