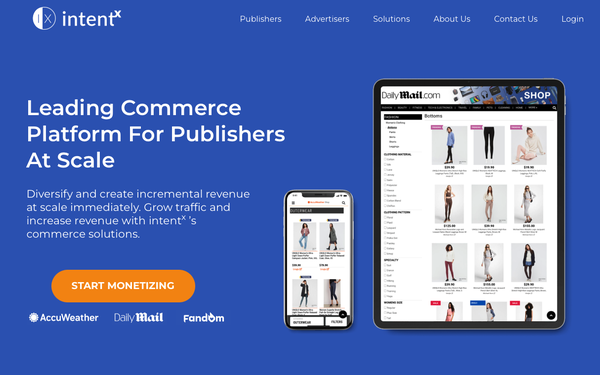 Ad.net, an intent marketplace and digital performance ad service, has acquired IntentX, a commerce platform for publishers. Terms were not disclosed.

“Combining Ad.net and IntentX’s expertise will help publishers grow their traffic, as well as diversify their revenue streams,” states Mom Chan, co-founder, and CEO of IntentX, who will join Ad.net as VP of Commerce.

Founded in 2019, IntentX serves such publishing partners as Accuweather, DailyMail, Fandom and PCWorld. The purchase will open up its publishing roster to Ad.net.

Ad.net describes itself as “the intent marketplace outside of Google and Bing.”

Ad.net’s 2021 partnership with Clarion Capital “allowed us to discover and invest in new technologies and solutions to bring greater value and ROI (Return on Investment) to our advertiser and peublishing partners,” states Ad.net CEO, Jon Waterman.”