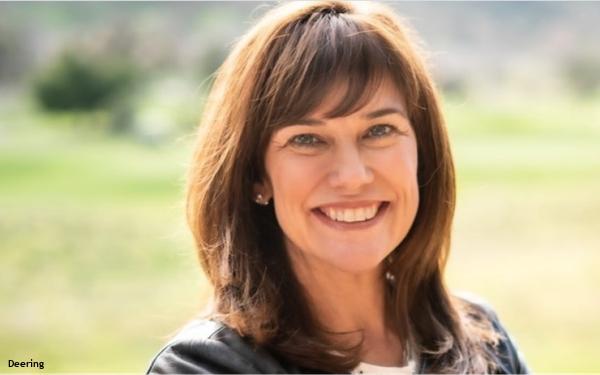 Deering has served as Ford’s global chief marketing officer for the past two years, overseeing brand communication, ecommerce and digital strategy, as well as the go-to-market strategy for Ford Blue and while supporting the future vision of Model e.

“We thank Suzy for her contributions to Ford and wish her all the best in the future,” said Kumar Galhotra, president, Ford Blue in the release.

Ford said Deering’s successor would be the subject of a future announcement.

The former eBay CMO, who recently gave a speech at the ANA Masters of Marketing titled "What Would Henry Ford Think?" posted on LinkedIn about her decision to leave.

“I’ve made the decision that it is time for me to move on and let the team fly,” Deering posted. “My respect for the team and what’s ahead as Ford evolves and lands the new brand positioning and the new brand design system will elevate the brand to greater heights.”

Deering says it will bring her “great joy” to see the success of the in-house ecommerce business to support the needs and expectations of the customer.

“The shift to focusing on the customer and aligning all aspects of the business to exceed their expectations isn’t easy but I believe in what’s possible and what’s ahead,” Deering writes. “While I may not be in ‘the building’ I will be rooting for Ford and smiling at what comes to life.”

“As many of you know my priorities personally are God, Family and Work,” she writes. “So, for the next little bit, I will be spending some time with my family and giving back to the One that makes it all possible. … Thank you Ford for the ride.”