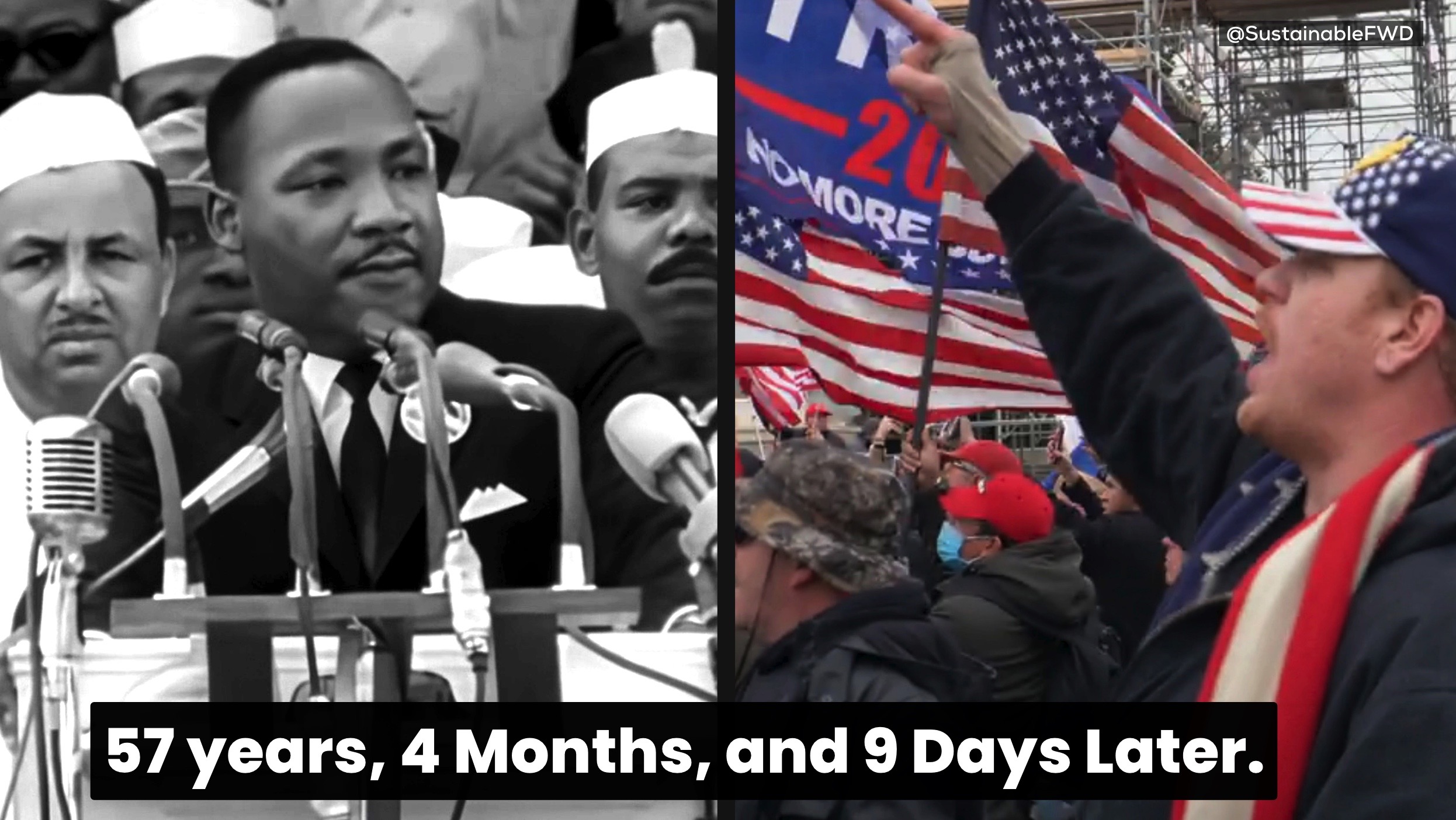 The night before Martin Luther King Day, I sat down, not planning to, and tuned in to HBO’s documentary about the events of Jan. 6, 2021, “Four Hours at the Capitol.”

I thought I’d seen and heard it all, and I didn’t really feel like there was much left to learn.

But while I was viewing that film, I had a dream.

At least it seemed like a dream -- and then I found images of the National Mall etched in my brain. Roughly 250,000 Americans had gathered on a hot summer day, dressed in their finest, holding their children, and listening as the extraordinary Dr. Martin Luther King Jr. shared his vision.

There are few pieces of American oratory that have survived the test of time so brilliantly. There was no teleprompter. It is reported he wrote the script longhand, with the final words not settled on until the night before Aug. 28, 1963.

“I have a dream,” Dr. King shared. It wasn’t a prognosis or a call to action or a call to arms. Its beauty was its simple mission: to share a dream with all those people who had traveled to Washington to listen and applaud -- because they had a dream, too. The audience was peaceful, their attention riveted.

And so, six decades later, the crowd scene at the Mall was in painful contrast.

In 1963 the crowd came with little more than picnic baskets and children. In 2021 they came with bear spray, spears, tactical gear, and weapons. They arrived angry, but it’s not clear who they were angry at. They anointed themselves as patriots as they turned into a violent crowd, turning fences into weapons, attacking police, breaking windows, And then aimlessly wandering through the Capitol’s historic halls, destroying property and taking cell phone photos and videos to post online.

The text of the scene is haunting: “Hang Mike Pence" and “Where’s Nancy” provide an ominous glimpse into the crowd's dark objectives.

This was not a group of American constitutionalists. They were Proud Boys, followers of a former president who over four years had made it clear that he was at least occasionally racist, antisemitic, anti-LGBTQ, and misogynist. We will never know how the crowd might have acted if that hallway hunt had found a seated member of Congress.

What would Dr. King have said? His philosophy of nonviolence was firm. In “Loving Your Enemies,” one of his most famous sermons, Dr. King preached: “Returning hate for hate multiplies hate, adding deeper darkness to a night already devoid of stars. Darkness cannot drive out darkness; only light can do that.”

In another speech “Where do we go from here?," he said, “I have also decided to stick with love, for I know that love is ultimately the only answer to humankind’s problems.”

Today, on Dr. King’s birthday, the powerful words he delivered on that National Mall to a peaceful and respectful audience almost 60 years ago stand in stark contrast to the angry, violent, murderous criminals who called themselves patriots while they defiled the house of Congress and the country they claim to love and honor.

Dr. King would have most certainly rejected their mob violence today, and it does seem like his dream has slipped further away.