We Can Be Bowie, Just For Ten Frames

In the increasingly fungible nature of media -- and media companies -- Polaroid, which launched a radio and music division late last year, has launched a new product that draws from both its original instant photography roots, as well as its new musical ones: a limited "David Bowie Edition" of its i-Type film.

The limited edition film is "inspired by the artist’s boundary-pushing imagination at the intersection of art and music culture," Polaroid says in its announcement, noting "As Bowie was also an analog photography enthusiast and was shot many times on Polaroid film, this collaboration celebrates the artist’s rebellious spirit & constantly re-inventive attitude."
The Bowie-memed film features ten unique Polaroid frame designs resembling the iconic artwork and imagery of classic David Bowie albums.
The film, which is compatible with vintage 600 and newer i-Type Polaroid cameras, retails for $19.99. 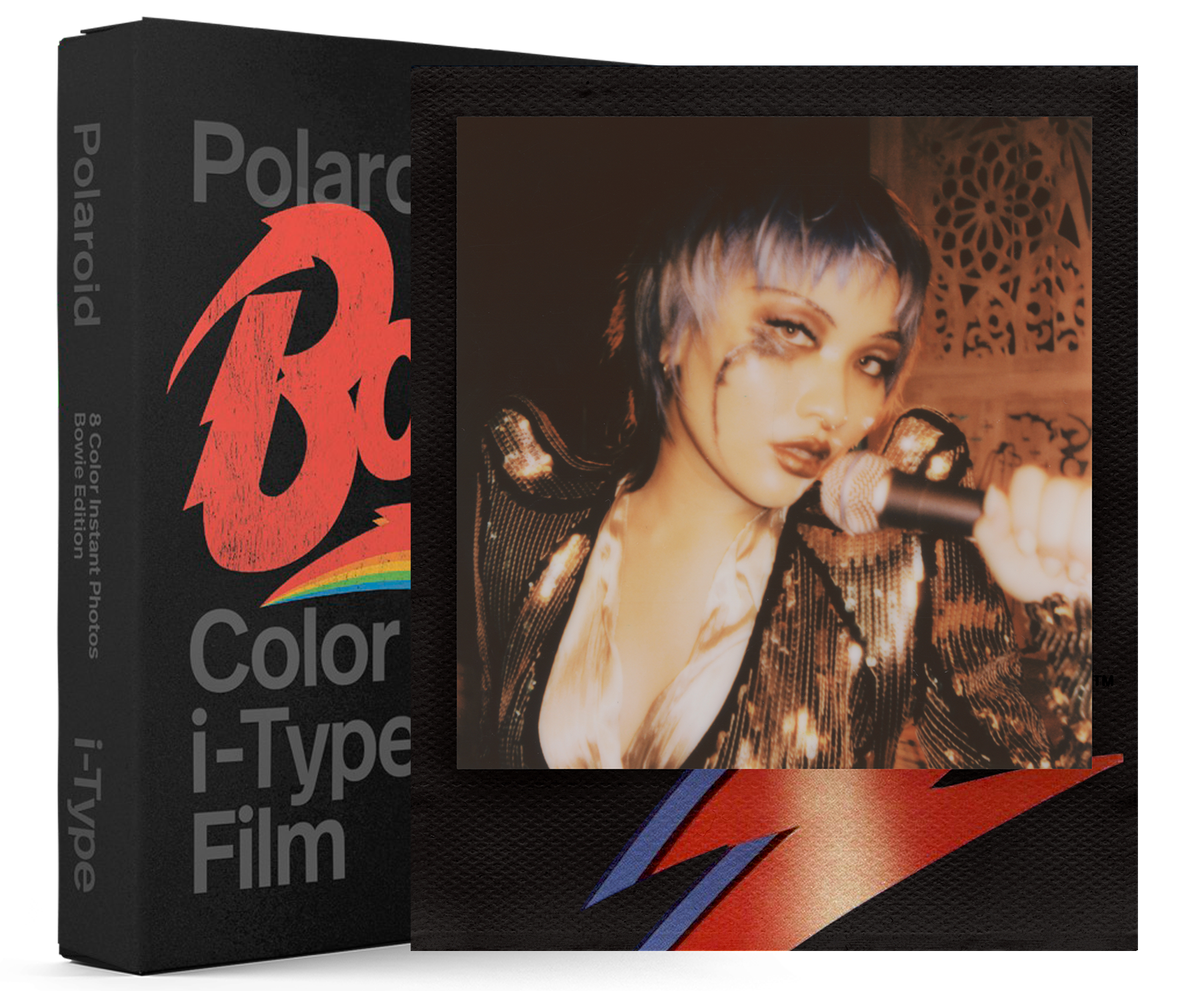