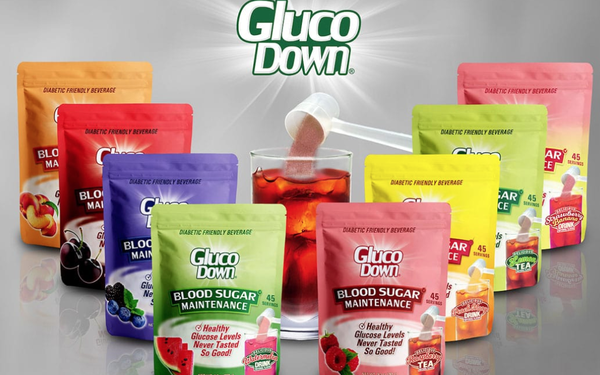 Having launched powdered, fiber-based drink mixes for prediabetic and diabetic consumers, Glucose Health Inc. now wants to target the 95% of Americans who are reportedly fiber-deficient with a ready-to-drink beverage called Fiber Up.

Fiber Up’s marketing and distribution would initially be aimed at consumers ages 45+, according to an initial public stock offering for approximately $9 million that Arkansas-based Glucose Health filed last week.

Launched in 2017, the company’s GlucoDown is a gluten-and sugar-free drink mix containing soluble dietary fiber made from corn. The product line was expanded in 2021 and is now offered in eight flavors.

It’s aimed at the more than 100 million Americans the Centers for Disease Control and Prevention says are prediabetic or diabetic.

The brand’s main competitors include Glucerna, Boost, Splenda and Slimfast.

In reference to Fiber Up, Glucose Health said it believes that “the physiological impacts of soluble fiber can nutritionally satisfy other interests of health-conscious consumers.”

The company cited a report published in the American Journal of Lifestyle Medicine that noted the public “is aware of the benefits of fiber” and most people believe they consume enough fiber.

“However, national consumption surveys indicate that only about 5% of the population meets recommendations and inadequate intakes have been called a public health concern,” the report concluded.

In the nine-month period ended Sept. 30, Glucose Health reported a net loss attributable to common shareholders of $369,160 on revenue of $918,516.

“As a new entrant to the healthier soft drink consumer market, we expect that Fiber Up will face intense competition from all healthier drinks generally—and possibly healthier drinks infused with dietary fiber—if and when it is launched,” the IPO document said.