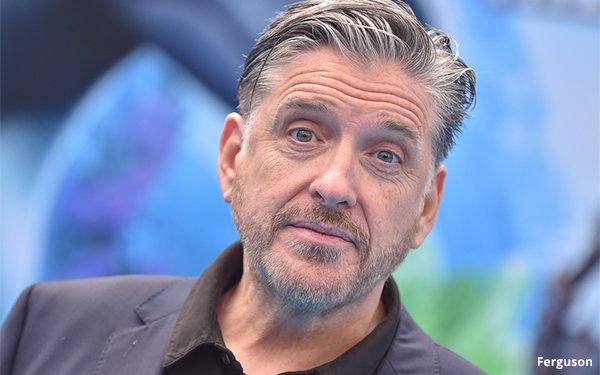 It turns out that the U.S. TV stations in the syndication market are short of fresh off-network sitcoms. Laughs are hard to come by.

But now, all content and effort has transitioned to local TV news content -- a more cost-efficient way for TV stations to operate.

Sony Pictures Television is offering up a new late-night show -- “Channel Surf with Craig Ferguson” -- that reviews comedy content on TV networks of the previous week.

Where have those reruns of network sitcoms with any sort of lineage gone -- those with multiyear episodes under their belt?

The answer -- as it has been for many genres -- is streaming.

Ferguson, who had fronted CBS’ “Late Late Show” from 2005 to 2014, is hoping to reinvent whatever half-hour needs local TV stations have. He believes, according to a press release, that “television is ready for the return of the silly/ funny/ occasional lip-synching puppet format.”

Still, late night has been a tricky thing for syndication -- especially for “talk” shows of sorts.

The last big success was with Arsenio Hall, who in 2013 attempted to revive his earlier success of his late-night talk series (1989-1994). The 2013 effort lasted just one season.

One can imagine that TV stations will increasingly have other needs in key dayparts where with other non-scripted content would seem to find places in TV schedules in the coming years --- in prime time, early prime time and late night, in part where off-network sitcoms ran.

That said, daytime syndication continues to be stable -- filled with afternoon talk and court shows.

Perhaps we can see why major TV station groups continue to invest, buy, or start up, multicast, locally based digital entertainment networks chock full of library and other TV content to make a buck.

Those networks -- seeking carriage on streaming distribution outlets -- seem to be a better approach for TV stations going forward, especially under the banner of growing FAST channels (Free Ad-Supported Television).

But more constraints are coming to video consumers -- in terms of a plethora of TV and streaming choice, all with limited consumer media-time availability.

Can those TV station group-owned channels continue to make an impact? Or, looking near-term, are TV syndication “review” shows of other TV shows the right approach -- just for laughs?