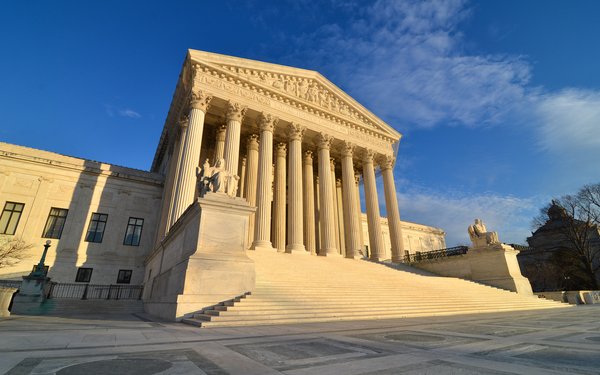 The Supreme Court wants to hear from the Biden administration before deciding whether to consider the validity of laws in Florida and Texas that prohibit social-media platforms from suppressing some posts by users.

Both state laws, which were passed in 2021, were driven by conservatives' accusations that social-media companies disproportionately suppress right-wing views.

Courts have stayed enforcement of the laws in both states.

The Florida law (SB 7072) subjects social media companies to fines of $250,000 per day for “deplatforming” candidates for statewide office, and $25,000 per day for other offices. (The bill defines deplatforming as banning a user for more than 14 days, or permanently deleting the users' account.)

Other provisions require platforms to disclose their content policies.

In Florida, District Court Judge Robert Hinkle in Tallahassee blocked the bulk of the law, ruling that it likely violated the First amendment. A three-judge panel of the 11th Circuit largely upheld Hinkle's ruling, but said provisions of the law requiring companies to disclose their content moderation practices were likely constitutional.

District Court Judge Robert Pitman in Austin also blocked the law on First Amendment grounds, but a three-judge panel of the 5th Circuit Court of Appeals reversed his ruling.

“Today we reject the idea that corporations have a freewheeling First Amendment right to censor what people say,” judges on the 5th Circuit wrote in an opinion upholding the law.

That court later stayed its decision pending review by the Supreme Court.

NetChoice and Computer & Communications Industry Association asked the Supreme Court to decide the constitutionality of the Texas law, as well as the transparency provisions of the Florida law.

Attorneys general in Florida and Texas also asked the Supreme Court to take up the dispute.

The Supreme Court on Monday asked the U.S. Solicitor General to weigh in on both cases.

The court did not set a deadline, and it's conceivable that the Solicitor General will wait to opine until after the court issues a decision in two other matters involving social media. Those cases involve web sites' potential liability over content posted by terrorists.