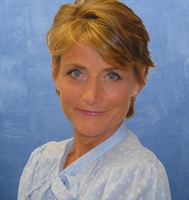 Alison is an accomplished PR professional with substantial executive experience across the spectrum, from large corporations and ad agencies to small boutique publicity firms. She is the co-owner of CurrentPR, a dynamic marcom agency known for its creative, strategic, customized approach to its clients' varied campaigns. And just like an independent producer handpicks screenwriters, actors, costumers and crew to suit the demands of a specific film project, CurrentPR keeps its permanent staff small and lean, then augments with selected outside experts and specialists who bring unique talents to each client's particular program needs.