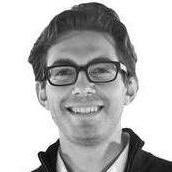 Alex is the Director of Research & Strategy at Conversation, a full-service marketing firm. Conversation embodies the best components of traditional, new and emerging agencies. It is defined by its ability to evolve and be creative. Conversation provides clients with custom solutions – ranging from strategy and creative to development and execution