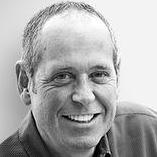 Always independent. Always a leader. Never one to follow the pack. Kevin founded BFG Communications 17 years ago with a vision for the future of non-traditional advertising. A native New Yorker, with a stint as a California surfer kid, Kevin was a candidate for a Ph.D. in psychology nearly two decades ago before deciding to turn his penchant for mind molding, to marketing. True to his unconventional style, Kevin established BFG’s headquarters in Hilton Head, SC where he continues to prove that great brands can be built through innovative ventures like new media, interactive and experiential promotional programming and extensive consumer research. With corporate hubs in NYC, Tampa, Atlanta and satellite offices nationwide, BFG is one of the top marketing firms in the country. We’re consistently ranked among the nation’s leading promotion agencies by PROMO magazine and among the best marketing services organizations by Ad Age magazine.