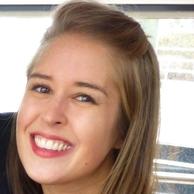 As Trends Editor and Strategic Consultant at Ypulse, a youth market research firm and a leading authority on Millennials and youth culture, MaryLeigh Bliss manages Ypulse’s daily newsletter, online content, and social media voices, acting as a pop culture and youth insights expert, while also working with clients to help brands navigate the intersection between their business objectives and the next generation of consumer.