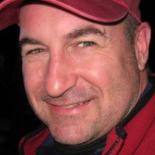 Dave is the COO and CFO of LiveIntent, a real time ad platform for email. Based in NYC, Dave focuses on corporate development, clients, and finance related issues. Prior to LiveIntent, Dave was EVP of Datran Media and GM of its StormPost ESP. Dave has extensive experience in the ESP and Data Marketing sector, having been a senior executive with Experian CheetahMail, InfoUSA and Oracle Corporation.