"Use animated gifs more frequently." That piece of advice was in last year's Retail Email Guide to the Holiday Season, but not in this year's. 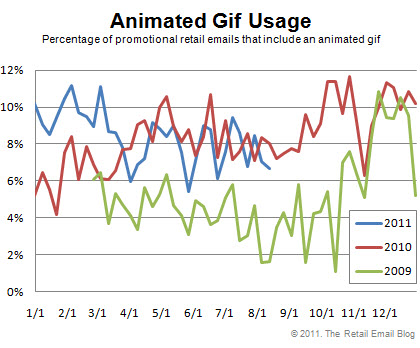 Using animation is still recommended - just not necessarily using it more as part of a holiday season strategy. It seems many marketers have embraced animated gifs as a year-round tactic. Animated gifs are now a well-established design element, with more than 40% of retailers using them at least occasionally -- which is really how they're best used.

Animation can be a valuable part of a "wake up" email design strategy. Every email you send doesn't need to be design gold, but most email programs become a little monotonous over time. Periodically deviating from your usual designs provides subscribers a little wake-up slap, whether you're breaking the grid of your template, using animation, using a radical horizontal-scrolling design, or doing something else to stand out in a big way. For instance, the J. Jill email below takes a fairly staid design and spices it up with some animation.

While animated gifs continue to suffer some limitations -- such as being blocked by Outlook 2007 and on some mobile platforms, and increasing the file size of emails -- they are still the best way to add motion to an email. Recent news of HTML5 video working in Hotmail is promising, but it just adds to a very fragmented landscape when it comes to video in email.

If you haven't used an animated gif in your emails before, there's no time like the present to scope out opportunities. One way to find promising uses is to keep an eye on your landing pages. If the landing page uses animation, video or Flash for motion, consider running an A/B test to see if bringing some of that motion into the email through animation is effective.

For instance, the landing page for the Lands' End email below used Flash to show the kids spinning so visitors could see the backpacks from multiple angles. Using a simple two-frame animation may have been more alluring that the static image they used in the email, which has two of the children positioned so you can't even see their backpack. 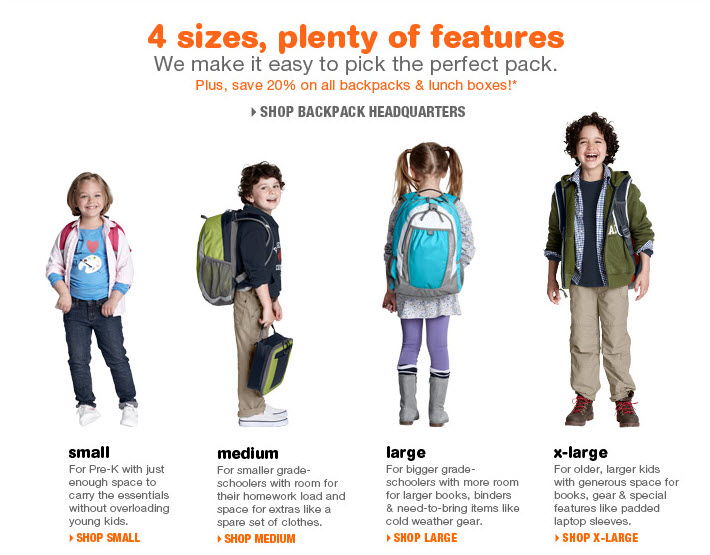