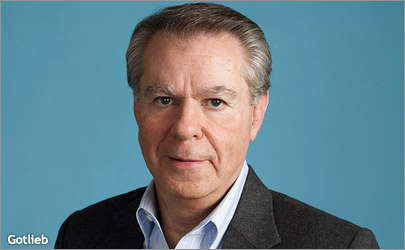 In the world of big media companies one thing is certain, said Irwin Gotlieb, CEO of GroupM, the media oversight arm of WPP. Today’s giants, like Google and Facebook, will be the CompuServes of tomorrow -- gone and forgotten. So it’s best not to get too obsessed with the fact that they are the media behemoths of the moment.

That said, Google and Facebook are the current big boys on the block, along with Apple, with tentacles in most media sectors -- and advertisers are rightly grappling with how best to engage them. But sometimes, said Rob Norman, North American CEO of GroupM, the wrong numbers tend to dazzle agencies and marketers alike.

He noted, for example, that Starbucks is one of a hundred or so entities with 20 million or more “fans” on Facebook. It’s a big number, but it’s misleading by itself. A better metric for gauging marketing value is how many fans actively comment on the fan page or even just express a “like” with a click of the mouse, said Norman. And that number is a lot smaller — about 83,000.

Rather than focusing on growing its fan base further, Norman added, the coffee marketer should be focused on tripling or quadrupling the number of fans who actively show an interest in the brand. “That’s where the real value is,” he said. “How much can you talk about coffee?” added Gotlieb. “If you don’t put interesting content on the page, nobody will look at it.”

Both executives spoke at a session at GroupM’s “What’s Next” conference in New York on Thursday. Gotlieb said that mismanagement probably killed off or rendered irrelevant some media giants before their time.

Case in point: MySpace, bought by News Corp a half-dozen years ago (and recently sold for a fraction of its original value). MySpace was a favorite among minorities including African-Americans and Hispanics, the latter being the fastest-growing ethnic segment in the U.S. “News Corp. missed an opportunity to make it the platform of choice” for minority social networkers, he said.

Management is an issue for everybody in the media space going forward as the sector becomes more fragmented and complex, Gotlieb said. The goal is maintaining the delicate balance of integrating the plethora of new and future platforms without diluting the specialized skill sets required to keep them all operating at maximum efficiency. “That’s a really huge challenge,” Gotlieb said, adding that it should be the industry’s top priority.

As consumers have become more empowered with an array of devices to consume media and communicate with brands, advertisers have to “think less about physical channels and more about emotional channels and all the data around them and the content that can be created around them,” Gotlieb said. It is that data and content that will drive marketers’ abilities to effectively engage consumers.

Marketing, added Norman, has shifted from one-way mass marketing to one-to-one relationship marketing to what he called “mass customization.” The next shift, he said, would be to an approach he dubbed “self-customization,” where marketers in effect provide opportunities for consumers to design products and services “on their own terms.” Meanwhile, privacy is a major concern, said Gotlieb, because it only takes one or two bad actors to tarnish -- if not damage -- the entire industry.

While he hopes the industry will be allowed to self-regulate, that’s an outcome that is far from certain, with nearly a dozen privacy bills winding their way through Congress. If the impact of those bills is to withhold from marketers a significant portion of the data that could be gathered about consumers, that would make the entire marketing process less efficient and more costly.

“The consumer will be the loser,” Gotlieb said, because those higher costs will translate to higher prices for goods and services.