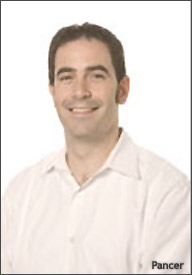 Media6Degrees will officially roll out a tool dubbed Planner next week that gives advertisers and publishers access to targeting data.

Calling the data that creates this "fingerprint" unique to a specific customer base, Andrew Pancer, COO at Media6Degrees, describes the code as a targeting pixel that gathers information. He believes the data can help publishers generate premium sales from real-time bidding insights, along with revenue generated from putting remnant into exchanges.

Publishers have been looking for ways to take advantage of RTB, but most don't like the idea that inventory gets sold without the support of their direct sales force. These days it's about adding "value" and "efficiencies" to inventory, which RTB allies suggest will bring to the process.

U.S. advertisers will spend 27% -- up from 10% this year -- of their total display budget on RTB by 2015, according to a white paper from IDC, sponsored by Pubmatic. In the United Kingdom, that number will jump from 6% to 25%; France, 4% to 21%; and Germany, 4% to 20%. The IDC report suggests that by 2015, companies will trade the majority of indirect display ad sales revenue using RTB in the United States and the more developed European markets.

The major driver will be an improvement in return on investment. Publishers will improve yield, such as revenue realized against inventory, while automating sales and reducing costs. Data and insights coming from RTB can help publishers filling up ad units by layering targeted segments on top of the premium inventory. Integrating targeting into the ad server creates inefficiencies, according to Vikas Sood, director of strategic partnerships at Media6Degrees. "It's the same information we use internally to evaluate the media buy," he said.

About 60 publishers, such as Hearst and About -- as well as marketers at Carnival Cruise, Reckitt, and Williams Sonoma -- have been testing the data. Monthly reports provide insight to make the match. The matches are based on the signal strength from tags on the Web pages. Pancer calls it the strength of the brand's "signature."

IDC's report also suggests that publishers will begin to use RTB to trade inventory that traditionally has been sold in direct, person-to-person sales. For publishers, RTB creates a "more liquid marketplace" with greater demand to improve inventory yield by leaving less inventory unsold and by increasing CPM rates, such as revenue per impression.

For ad agencies, using RTB gives them access to a greater and better-targeted amount of inventory, while creating a more transparent marketplace, according to the white paper. As long as RTB will not lead to a collapse of ad prices for directly sold inventory, rising pressure to become more profitable will force publishers to increase sales productivity, measurable in terms of revenue per head, by employing RTB.

IDC's forecast predicts that by 2015, only a small portion of direct sales will rely on RTB, but we expect continuing strong growth beyond that point.