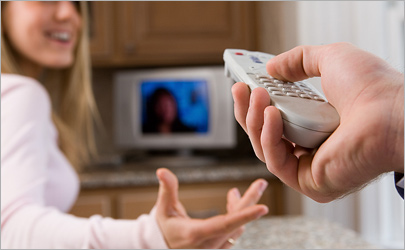 The  "I+" plan -- which describes the first letter of advertising "Interconnects," market-wide systems that sell cable advertising around the country -- was announced this past spring and will roll out fully in 2012.

In the 56 markets where there are cable interconnects, the TVB says the overall average TV market penetration will rise to 67.2% from 51.5%. Still, that is nowhere near the 100% coverage that TV broadcast stations have in individual markets.

In the 56 markets where "I+" goes head to head with TV stations, there are 76.8 million overall TV homes. Cable interconnects reach 39.6 million homes in those markets. The TVB says coverage from new DirecTV and telco TV services adds in 12 million homes, which brings total "I+" to 51.6 million homes.

While this is an "improvement" for local cable, says the TVB, it isn't a "game changer." That's because 32.8%, or 25.1 million homes, are still not reached -- unlike broadcast stations, which reach 100% of the TV homes.

The TVB says the "I+" plan is different in each market.  For example, two markets add Verizon's FiOS, DirecTV, and AT&T's U-Verse TV homes; four markets factor in FiOS and DirecTV; and 11 markets include U-Verse and DirecTV.

Plus, DirecTV is only adding in 23 channels for local cable advertising insertion. Presently, most cable interconnects allow local TV advertisers to buy into anywhere from 45 to 70 cable networks.

Andrew Capone, senior vice president of marketing and business development for NCC Media, did not dispute most of the TVB data. But he says much of the "I+" plan came from the marketplace, "based on what Madison Avenue needed and wanted -- more impressions in cable programming in local markets."

"Every spot sold will be sold on actual impressions and coverage in each network. We expect more markets and networks over successive years, based on demand," he adds.

Regarding the overall TVB competitive stance, the TVB should alter its position, says Capone. (The TVB now bills itself as one for providing "local media marketing solutions.")  "[The] TVB in general should be focused on generating favorable impressions and more business for all of local TV, of which cable is now a critical component."

"Cable MSO's [multiple system operators] are now number 1, 2 or 3 in revenue in many major markets. And cable programming is the only positive reach and ratings story in local TV, " he adds, "versus the steadily declining net weekly circulation of many TV stations."